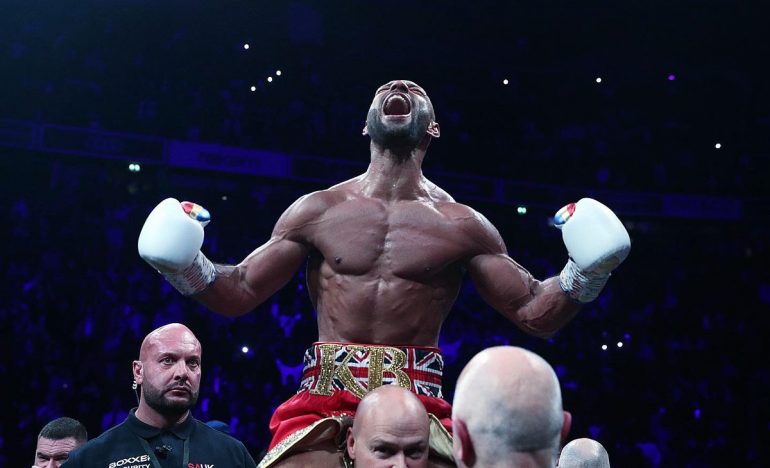 Photo by Lawrence Lustig
07
May
by Ryan Songalia

The 36-year-old Brook (40-3, 28 knockouts) of Sheffield, England tells The Telegraph that he wants to leave the “very, very tough, dangerous sport” on top with his health intact.

“I’ve had a long chat with my family and my parents, and it’s over for me. I’ll never box again,” said Brook.

Brook leaves behind a career that saw him win the IBF welterweight with a majority decision win over Shawn Porter in 2014. Brook made three successful defenses of the title before losing his first fight in 2016 against Gennadiy Golovkin for the unified middleweight title.

In that fight, Brook outboxed Golovkin for the first four rounds before sustaining a fracture to his right eye, forcing his corner to throw in the towel.

Brook lost his welterweight bout in his next bout after being knocked out in the eleventh round by Errol Spence Jr.

Brook’s start under the guidance of Brendan Ingle at the same gym where Prince Naseem Hamed had once trained invited early comparisons to the flashy featherweight, but Brook quickly established an identity of his own, winning two ABA championships as an amateur before turning professional in 2004.

He won the British welterweight championship in 2008, and first fought stateside in 2011 with a fifth round stoppage of Luis Galarza on the Andre Ward-Carl Froch undercard in Atlantic City.

Brook’s final world title opportunity came in November of 2011, when he was stopped in four rounds by Terence Crawford for the WBO welterweight title in Las Vegas.

Brook received some closure to his career with his sixth round stoppage of Khan, battering his bitter rival around the ring before the fight was halted.

“I needed the Khan fight, I needed to settle the grudge, the feud,” Brook told The Telegraph.

“There is no dark feeling left in me now, I think when you have been in the ring with someone it passes, it leaves you.”