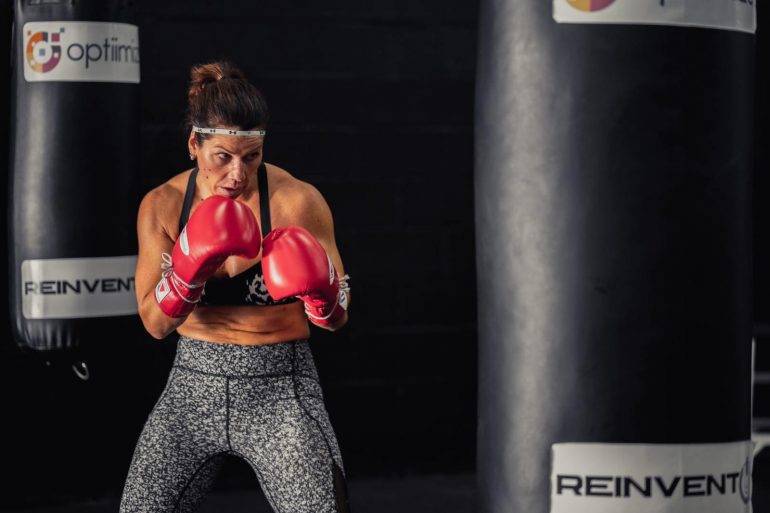 Photo by Team Shea
06
May
by Francisco Salazar

Maureen Shea cannot wait to return to the ring and challenge again for a world title belt. Her only concern is whether there are any fighters at 118 and 122 pounds willing to face her.

Even at the age of 41, Shea believes she has improved a lot from the fighter she was 10 years ago.

Shea returns to action Saturday night as she faces Calista Silgado of Colombia in an eight-round bout at Carnesecca Arena on the campus of St. John’s University in Queens, New York. The fight will air on the MSG network at a later date.

Saturday night will be a homecoming for Shea, who was born and raised in the Bronx. She currently lives in Boynton Beach, Fla. and trains in nearby Boca Raton after living for a period of time in the boxing hotbed of Oxnard, California.

The clash against Silgado will be a stay-busy fight to get her back in the rankings. Shea’s last fight took place in January 2020, when she stopped Hungary’s Martina Horgasz in the fifth round. Like many other fighters, the COVID-19 pandemic derailed her momentum.

“The time off from my last fight was good, but at the same time, it cost me a world title fight,” Shea told The Ring Wednesday. “I was scheduled to fight for the WBA female world bantamweight title that May, then it was canceled because of the pandemic. I decided to wait it out until things opened back up. I was open to fighting again but not a lot of females were fighting. I wanted to fight and I was training in the gym. It’s not like I was out because of an injury.”

She watched her opportunity to fight for a world title slip by.

Shannon Courtenay and Ebanie Bridges fought for the vacant WBA bantamweight title in April 2021, a fight Shea felt she was deserving of as she the highest ranked contender. Courtenay and Bridges were ranked 8 and 9, respectively. 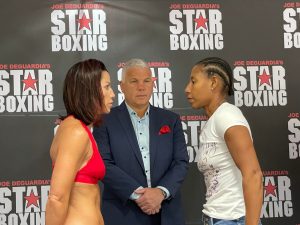 “I thought it was a joke,” said Shea, who is trained by Derik Santos and works with strength and conditioning coach Phil Daru. “No disrespect to them, but I don’t think they’re anywhere near my level as a fighter. I was willing to travel to England to fight the winner. We were willing to meet (promoter) Eddie Hearn’s provisions. I was taken out of the top-10 rankings. Ebanie and Shannon didn’t earn their shot and they are not in my class as a fighter. They didn’t earn the belt or the fight to become a contender.

“I’ve fought in California, New York and Florida. Fighting overseas would not be a big deal to me, even if it’s in their hometown.”

Shea hopes a win would put her back in the rankings. She has unfinished business, but also believes she is being overlooked as a prizefighter.

While she has been away from the ring, Shea has been busy promoting One With Life Tequila, partnering alongside Teofimo Lopez, Ray Mancini, Larry Holmes, and founder Lisa Elovich, who is also a veteran boxing promoter. She is also an executive assistant to Daru, who is a celebrated strength and conditioning coach and owns the Daru Strong brand and the Daru Strong Performance Gym in Florida.

Now that Shea has gone all-in again to prizefighting, she hopes to put the other fighters at 118 and 122 pounds on notice with a statement win against Silgado (19-13-3, 14 KOs), who has lost three of her last five bouts.

“This is not the return of a mediocre fighter,” said Shea. “I’m a talented fighter who has fought at the highest levels of the sport and for a world title. I’m frustrated because of all the political crap going on, but I’m going to send a message out to everyone Saturday night.

“It’s great to be fighting in the New York City area again. I’m happy to see friends and family again. I may be 41, but I’ve taken care of my body and my mind. Women are built differently than men.

“I’ve been fortunate enough to be in training camps with (former Ring Magazine lightweight champion) Vasiliy Lomachenko, Victor Ortiz, Sullivan Barrera, and Chris Algieri. I push them and they push me. It’s made me the fighter I am today. And I’m on that quest to win that world title.”