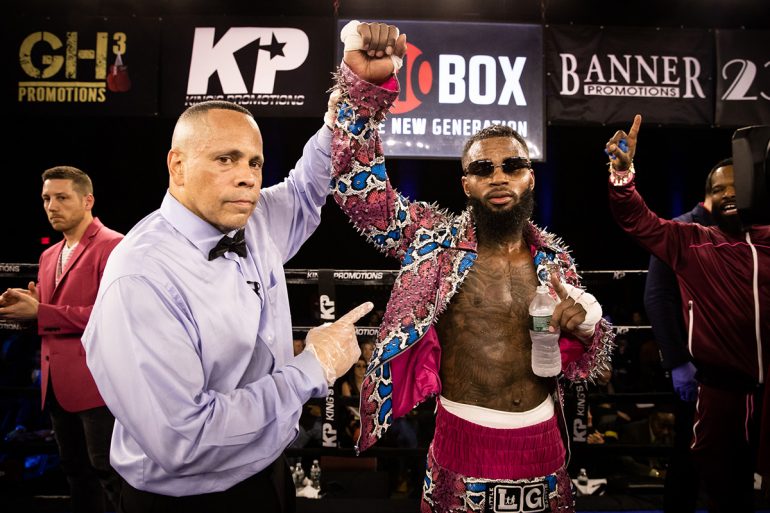 05
May
by Joseph Santoliquito

Love (17-0-1, 9 knockouts) will take on Valenzuela (25-2-1, 15 KOs) in a 12-round junior welterweight match on the undercard of the Canelo Alvarez-Dmitry Bivol WBA light heavyweight title fight from the T-Mobile Arena in Las Vegas on DAZN.

He feels the importance of this fight can move him closer to a title shot. He has not cracked The Ring’s rankings yet, but he is slotted at No. 11 by the most recent IBF ratings.

“This fight means everything to me,” Love said. “I know (Valenzuela) is coming to fight. I know this is a big opportunity for me, as it is for me. I’m ready for whatever. I’m a lot better than I was (this time last year). Each day I’m getting better because I’m putting the work in and I’m coachable. I’m here to learn and I don’t think that I know it all. I’m constantly growing as a man and as a fighter.”

All jokes aside, boxing has provided Love a new life.

He was released in September 2016 after a 16-month prison stint on drug and theft convictions. It was a speed bump to what was looking like a promising boxing career. Trained by Terence Montgomery, Love credits boxing for saving his life and the current path that he is on.

“I’m hoping to showcase my skills and me being me,” said Love, who is fighting his second fight under Eddie Hearn’s Matchroom Boxing. “I have a different type of touch. I want to put that ‘Too Pretty’ swag out there. I’m addressing everything into becoming a better fighter. My movement, my angles, my jab, so I wouldn’t say it’s any one particular thing that I’m improving. I know (Valenzuela) is a little taller than me, and I know he’ll be right there in front of me.

“I know he’s an orthodox fighter and I’m a southpaw. He’ll trade with you, but he’s also a counter puncher, as well. My defense has been good. I’m keeping my hands up and you’re going to see me fly pretty when I come walking out with my dog, a French bulldog, who’s a killer, and then after that, you’re going to see a spectacular performance.”