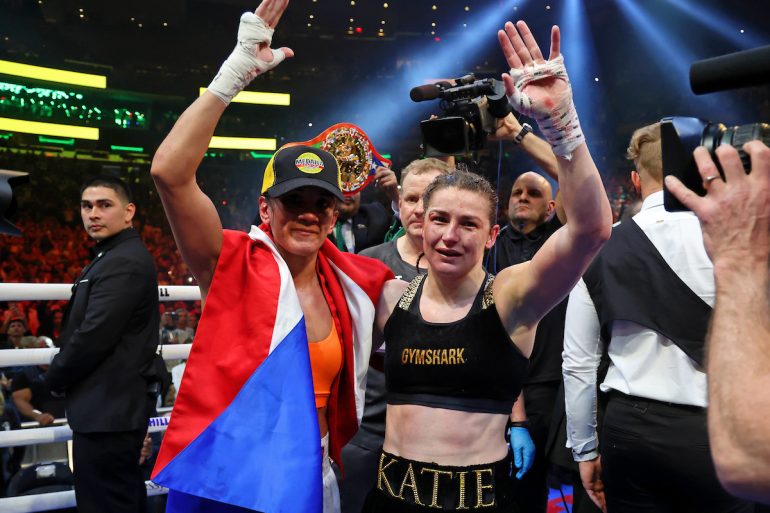 Photo by Ed Mulholland/ Matchroom
01
May
by Tom Gray

And that’s not hyperbole.

The undisputed lightweight title fight between champion Katie Taylor and challenger Amanda Serrano exceeded all expectations. This thrilling 10-round fire storm, won by Taylor on a 10-round split decision, has taken the women’s game to new heights and sent shockwaves through the boxing world.

It was a matchup that had a lot going for it before the opening bell: two pound for pound stars, a sold out Madison Square Garden, record-setting seven-figure paydays for both women, and a pair of loquacious promoters – Eddie Hearn and Jake Paul – who could sell a heater to Satan.

All of the pre-fight hype became secondary.

Taylor-Serrano delivered where it mattered most – in the ring – and women’s boxing received its biggest shot in the arm ever. The ebb and flow of this contest was incredible. Taylor got off to a good start, but the stunning savagery of Serrano’s fifth-round assault had me convinced that the Irish star was finished. After absorbing scores of concussive headshots over a 90-second period, Taylor’s nose gushed blood and she wore the vacant look of a girl who had downed one cocktail too many.

Serrano took that momentum into the sixth round and Taylor remained woozy for the full two minutes. However, slowly, and perhaps inexplicably, the Puerto Rican star’s attack faded. This was a huge tactical error on Serrano’s part and she paid the price. Taylor is known for being a gym rat and trains year round. Her preparation, even for mandatory assignments where she’s favored to win at huge odds remains meticulous. For Serrano, a seven-weight world titleholder, Taylor was as physically and mentally ready as she could ever be.

The champion shook off the cobwebs and began releasing her signature two-handed flurries. Serrano lacked the urgency and cerebral aggression from the earlier rounds and that gave Taylor the opportunity to bite down on her gumshield and battle back – hard. I struggle to think of a recent occasion where a male fighter displayed more guts. Perhaps Deontay Wilder continuing to throw bombs in his third fight with Tyson Fury when all appeared to be lost is a good comparison. The difference is that Wilder got knocked out, whereas Taylor put herself in position to win. 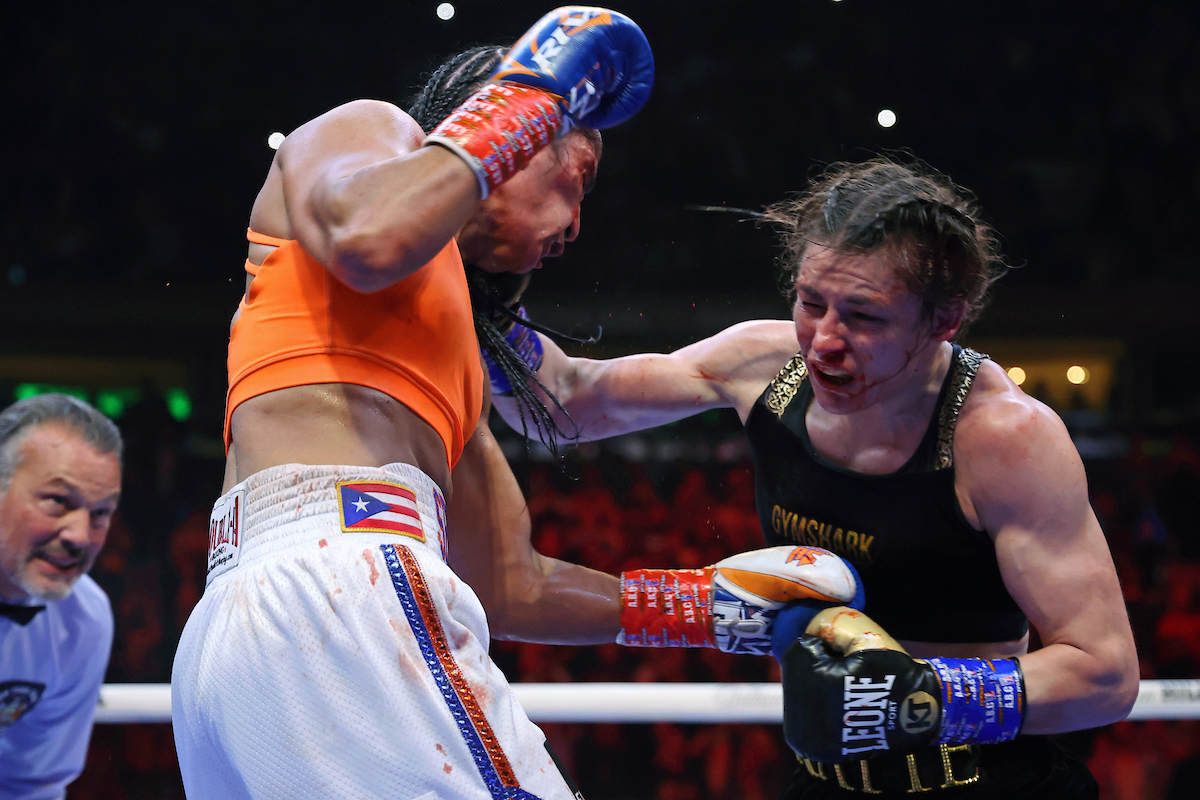 The 10th round was mayhem. The first minute, which included some brilliant two-way action, was merely a warmup for the carnage that followed in those final 60 seconds. Serrano scored heavily to the head, but Taylor had somehow adjusted to the power and fired back with equal gusto. The crowd at MSG gave the fighters a standing ovation at the final bell and every fan in attendance knew they’d witnessed something very special.

I scored the bout 96-94 for the champion, but I would have settled for a close win either way or a tied verdict. Despite favoring Taylor slightly coming in, my official prediction was the draw. Both girls possess state-of-the-arm weaponry and it looked like a very competitive fight on paper. Factor in that fast-paced two-minute rounds can be very difficult to score, along with the likely demand for a money-spinning rematch, and this one had “draw” written all over it. I predicted a tie in the first Canelo Alvarez-Gennadiy Golovkin fight for precisely the same reason.

But the officials found a winner, with Glenn Feldman and Guido Cavalleri scoring 97-93 and 96-93 for Taylor, respectively, and Benoit Roussel scoring 96-94 in favor of Serrano.

In the end, boxing was the winner last night and for that we should be very grateful. The recent news surrounding alleged crime boss Daniel Kinahan and the subsequent demise of MTK Global has seen the sport hit the headlines for all the wrong reasons. The Taylor-Serrano showdown saved the day and reminded us what’s best about boxing– a respectful build up, a classic fight, and nothing but respect when the action is over.

All we needed was a woman’s touch.