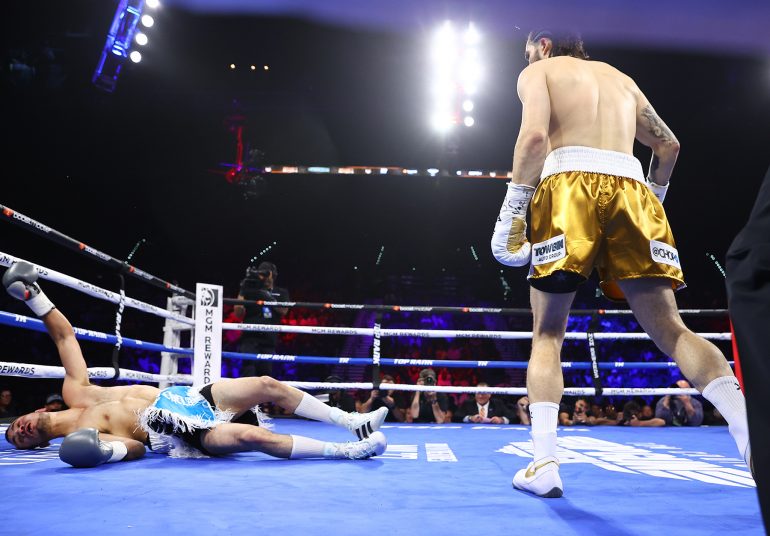 Walsh scored a highlight-reel knockout win over Alejandro Ibarra Saturday night before a partisan crowd at the MGM Grand Arena.

Ibarra entered the fight with a modest record, but had fought mediocre opposition. He was listed as a 20-1 underdog.

Walsh has been working and developing with trainer Richard Slone, an understudy and protege of former heavyweight champion Joe Frazier.

From the opening bell, Walsh landed the more effective punches. Ibarra was game and was able to connect on a few punches, but they did not have an effect on Walsh.

Near the end of the opening round, Walsh unleashed a left-right combination to the head, dropping Ibarra flat onto the canvas. Referee Russell Mora briefly looked at Ibarra and waved off the fight at 2:50.

In his previous fight on January 29, Walsh stopped Jeremiah Yeager in the second round. Top Rank, which promotes Walsh, will continue to bring Ali along slowly. All of Walsh’s fights have been scheduled for four rounds.

Ibarra, who resides in Denver, Colorado, drops to 7-2 (2 KOs). The 28-year-old had won his previous four fights.