The WBC orders negotiations between Josh Taylor and Jose Zepeda 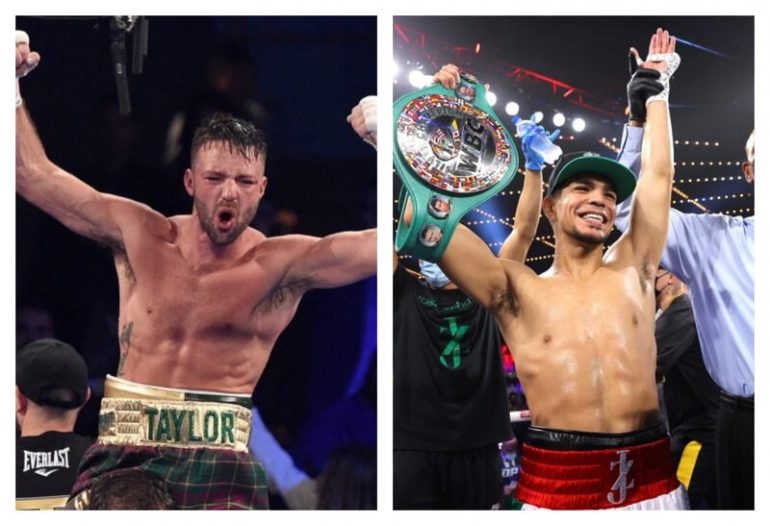 This one could produce some serious southpaw fireworks, but how likely are we to see it?

On Thursday, undisputed junior welterweight champion Josh Taylor was advised by the WBC to commence negotiations with their mandatory challenger Jose Zepeda. An agreement must be reached by May 24 or the WBC will order purse bids.

Taylor (19-0, 13 KOs) is coming off a highly controversial 12-round majority decision win over Jack Catterall in February. The Scotsman was knocked down for the first time in his career and appeared lackluster by his usual standards. Catterall, who was the WBO’s mandatory challenger, boxed beautifully at times and the vast majority of fans and experts had him winning the fight.

The hard-hitting Zepeda (35-2, 27 KOs) was last in action in October, when he scored a devastating first-round knockout over Josue Vargas. The California-based southpaw has been on a terrific run of form since losing a close majority decision to former unified titleholder Jose Ramirez in February 2019. In recent times, Zepeda has scored win over Jose Pedraza (UD 10), Kendo Castaneda (UD 10), Ivan Baranchyk (KO 5) and Henry Lundy (UD 10).

However, rumors abound that Taylor will move north to welterweight. Making the 140-pound limit has been getting tougher for the Edinburgh man and he looked extremely drawn at the weigh in for the Catterall bout. The move to 147 pounds is natural, but Taylor may find it very difficult to secure a world title fight in this division. Errol Spence holds three pieces of the welterweight puzzle and has been linked – again – to an undisputed superfight with the only other titleholder, Terence Crawford.

Should Taylor move up and relinquish his titles, Zepeda may renew ties with Ramirez in a bout for the vacant crown. Ramirez is currently ranked No. 2 by the WBC.