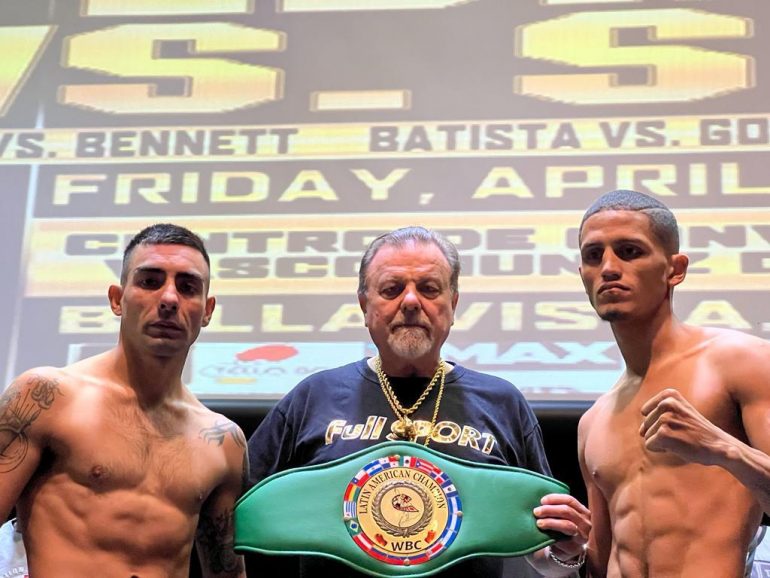 Hector Sosa and Rafael Pedroza are all in on taking a significant step forward in the junior featherweight division.

“It will be a great fight between unbeaten fighters,” Lewkowicz told The Ring.

Both Sosa and Pedroza have beaten modest opposition to this point in their career and the winner has the potential to become a legitimate prospect and fight on a bigger platform later this year.

Prior to Friday’s fight, Sosa’s most notable win occurred on March 20 of last year, defeating once-beaten Ckari Cani Mansilla by split-decision over 10 rounds.

Pedroza (12-0, 11 KOs) will have a partisan crowd in his corner as he grew up in nearby Panama City, where all of his bouts as a pro have taken place.

In his last bout on October 15, Pedroza dropped Iwier Henriquez twice en route to a knockout win after the fifth round. The fight was a rematch of their clash in August 2018, which Pedroza won by decision despite getting knocked down in the fifth round.

Another fighter promoted by Lewkowicz will also appear on the card.

Unbeaten welterweight Alexander Duran (20-0, 7 KOs) of Panama City will square off against Ecuador’s Edwin Bennett (15-2, 7 KOs) in an eight-round bout.

Two bouts pitting fighters from Mexico and Panama will also be part of the main undercard.

Luis Robles Pacheco (14-1, 4 KOs) of Mexico City will face Edgar Valencia in an eight-round bout. Valencia (14-5-1, 3 KOs) has not fought since losing by knockout to journeyman Felix Montenegro in December 2019.

Unbeaten junior bantamweight Ramses Perez (8-0, 2 KOs) of Mexico City will square off against Ronal Batista (13-2, 8 KOs) in an eight-round bout. Batista has won 10 of his last 11 bouts.

Amateur fights will round out the card.