On this day: James Toney almost turns the lights out on Vassiliy Jirov 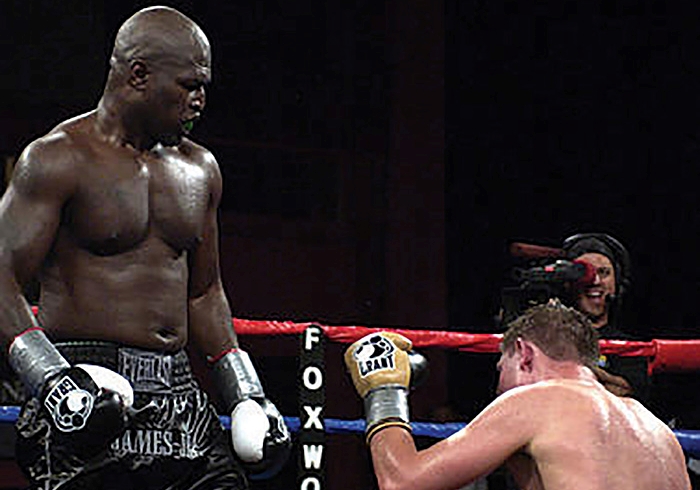 On April 26, 2003, James Toney upset the odds to dethrone the previously unbeaten IBF cruiserweight titleholder Vassiliy Jirov at the Foxwoods Resort in Mashantucket, Connecticut. The result was a 12-round unanimous decision with scores of 117-109, 117-109 and 116-110.

Toney, a former middleweight and super middleweight titleholder, was the betting underdog. Despite riding an 11-fight winning streak, the former champion hadn’t shown his best form since moving full-time to cruiserweight (limit 190 pounds) in 1997. In fact, one could argue that “Lights Out” hadn’t scored a significant win since his days at 168 pounds a decade earlier.

The 31-0 Jirov took gold at the 1996 Olympic games in Atlanta as a light heavyweight. The Kazakhstan-born lefty turned pro the following year and eventually claimed the IBF title by stopping Arthur Williams (TKO 7) in June 1999. He made six successful title defenses, five by knockout, so Team Jirov were full of confidence heading into the HBO main event against an aging Toney.

The styles gelled perfectly in what become one of the greatest cruiserweight battles of all time. It was the volume punching Jirov against the counter punching genius of Toney. The champion did well early, but Toney had solved him by the midway point and the well-timed counters soon gave way to some well-timed bombs.

Jirov stayed busy, but he was tiring late on and his punches had lost their snap. Heading into the final round, he was determined to finish strong, but his unrelenting aggression – as it had been all night – was used against him. The pair traded hellacious shots but it was Jirov who came off second best when Toney decked him heavily with a brutal combination in the final minute.

The 10-8 round in Toney’s favor plus a point deducted from Jirov’s score in the eighth for low blows meant there was only one winner.

Toney followed this epic triumph by defeating the legendary Evander Holyfield up at heavyweight. These back-to-back career defining wins saw him named as The Ring’s Fighter of the Year for 2003.