For Robert Terry, boxing was ticket out of dangers of Jersey City 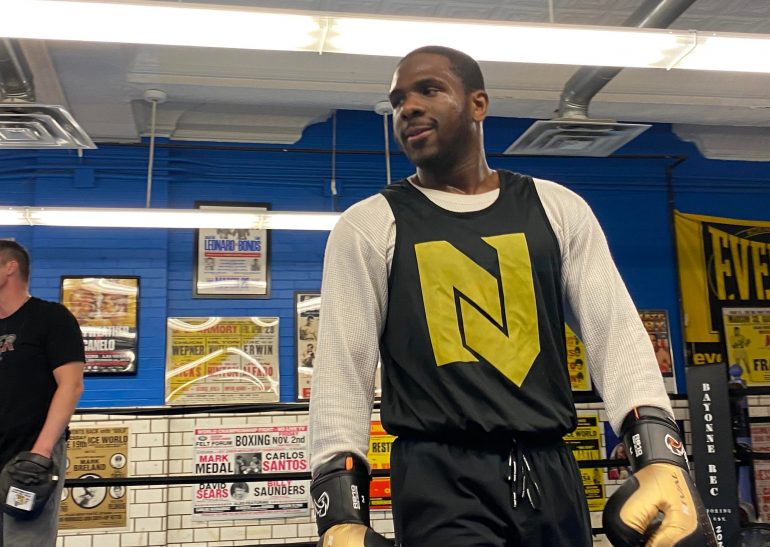 BAYONNE, N.J. — It only takes one momentary glance to understand that Robert Terry has been through some trauma in his life. Boxers pick up many scars due to the nature of their profession, but the one most visible on Terry’s cheek is one that he brought to the sport.

It happened at age 12, in one of the many brawls he was part of while growing up in a rough section of Jersey City known as The Hill. He and his crew would go from block to block, picking fights in territorial disputes. It wasn’t uncommon for young Terry to fight against 5 to 10 others at a time, but this particular incident would mark him for life.

“A whole part of my face was hanging off, I was bleeding all over the place. They had to stitch me back up,” remembers Terry of the stabbing incident.

“I had a lot of bad influences growing up around certain people. I probably would have gotten killed out there. I definitely would have been in prison.”

Trips to stay with his uncle in Pennsylvania only seemed to delay those fates. Seeking a permanent change, his uncle brought the troublesome preteen to a boxing gym.

Terry stuck with the sport, and fifteen years later, he continues to pursue boxing as a professional.

The 27-year-old Terry (5-0) looks to remain undefeated when he returns to action on May 14 in a six-round junior middleweight bout against an opponent to be named at the Robert Treat Hotel in Newark, N.J. The show will be promoted by Rising Star Promotions, and is headlined by unbeaten bantamweight prospect Emmanuel Rodriguez of Newark.

It is in the boxing gym, of all places, that Terry finds his peace. He is trained and managed by Bobby Rooney Jr., a former pro who runs the Bayonne Recreation Boxing Gym. Rooney first began working with Terry at age 15, after Terry’s first trainer, former light heavyweight contender Jimmy “The Cat” Dupree, closed his Jersey City gym.

“Coach Bobby definitely helped me a lot throughout my teenage years, keeping me focused and keeping me off the streets. Coming to the gym was a main part of staying out of trouble,” said Terry.

Terry had approximately 70 amateur fights, winning four New Jersey Golden Gloves, including once at novice and twice in the open class at 152 pounds, and then winning the Gloves again at 165 pounds.

The pinnacle of his amateur career came in 2017, when he made it to the 165-pound final of the National Golden Gloves in Lafayette, La., losing a 4-1 split decision to Poindexter Knight.

He turned professional the following year but has found his progress slowed by injuries and the COVID-19 pandemic. His most recent bout, a unanimous decision win over the previously unbeaten DeAundre Pettus on April 2, was his first fight in nearly three years.

That night, Terry looked to make up for lost time, outboxing and outfighting the erstwhile 6-0 fighter to a near shutout.

“I knew it wasn’t going to be a walk in the park. The three year layoff, it was mainly mental, that I kept thinking about it. After the first round everything goes away,” said Terry.

The win earned him the attention of rising welterweight star Jaron Ennis, a training partner of Pettus. Ennis, who has a fight against Custio Clayton on a Showtime televised card the same night as Terry’s fight, invited Terry to his training camp to spar this week.

Making time to train hasn’t been easy. Terry works the overnight shifts at the Americold Logistics warehouse in Newark as a loss prevention specialist, and had to take leave this week to travel to Philadelphia to spar with Ennis. He works until 7 a.m., and then goes home to sleep. He wakes up at 3 p.m. to run, and heads to the boxing gym to work out at 6 p.m. 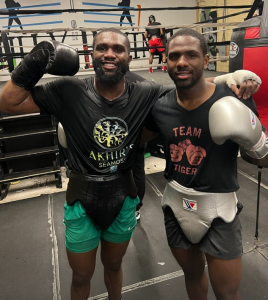 Rooney says that Terry’s strengths are his grasp of boxing technique, plus his ability to avoid punches and to absorb well the ones he can’t avoid. He’s also well conditioned, and Rooney says he would be ready to fight a ten rounder already.

The knock on Terry so far has been his lack of knockouts. Terry has gone the distance with all five of his opponents, including the first four who have losing records.

“That comes up all the time. The first four guys he was in with, he probably should have knocked them out. But I can tell you that, as soon as they got hit, they ran and held,” said Rooney.

Terry feels the issue has been trying to force knockouts instead of allowing them to come naturally, adding that he had scored stoppages before in the amateurs with bigger gloves and headgear.

The other glaring issue has been his inactivity. Rooney is seeking to combat that by keeping him busy, with Terry scheduled to fight once again in August. He says that they are willing to take tough fights, and had accepted a fight with Evan Holyfield, the son of former heavyweight champion Evander Holyfield, several months ago, only to have Holyfield’s team turn the fight down.

Without a major promoter backing Terry, the onus falls on Rooney to make calls and sell tickets to get Terry on cards.

“If somebody offers us a promotional contract and it makes sense, we would take it. It would make things a lot easier for me, that’s for sure,” said Rooney.

Despite all that he has been through, Terry remains on The Hill. He does his running through the streets he once brawled on, past the bodegas he once hung out in front of. Now, instead of kids wielding knives at him, the people cheer him on.

He keeps pushing for his two children, a daughter aged 4 and a son just shy of his first birthday, and he does it for his family, including his long-suffering mother who feared each day for her son’s life.

He does it for his friends, many of whom died in those streets, or remain in prison to this day. He does it because he can, in hopes of making it to a big enough stage to show the world who he is and what he is about.

“By me seeing the people that I grew up with in the city, it motivates me to keep me going,” said Terry.

“I remember where I come from.”