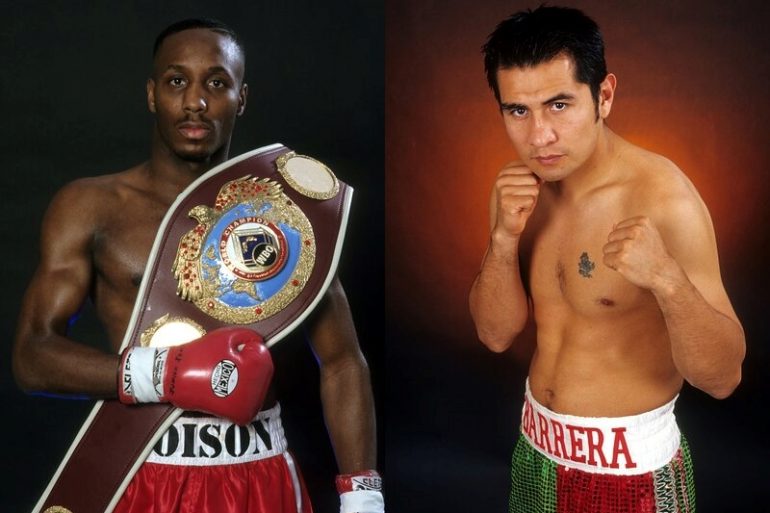 Photos by The Ring/ Getty Images
18
Apr
by The Ring

This was an excellent battle between two of the finest junior featherweights in the world.

Five months earlier, Jones, known as “Poison,” had dethroned Barrera in Tampa, Florida. The official result was a fifth-round DQ because a member of Barrera’s corner entered the ring while Jones was pounding his opponent with a vicious two-fisted assault. However, Jones had decked Barrera heavily with his signature right hand in the fifth and was heading toward a legitimate and conclusive triumph.

Having suffered his first defeat in 44 fights, Barrera was now extremely respectful of Jones’ abilities heading into fight two. He boxed well in the early rounds, and threw Jones off with technical skill and body punching. It was a completely different fight from their first but Jones adapted and applied heavy pressure in the second half.

Barrera was deducted a point for a low blow in Round 9, and Jones nailed him with a big right in the 10th. Those moments proved decisive in what was a very close fight.

During this period, Jones was rated among the top-10 best pound for pound fighters in the world.