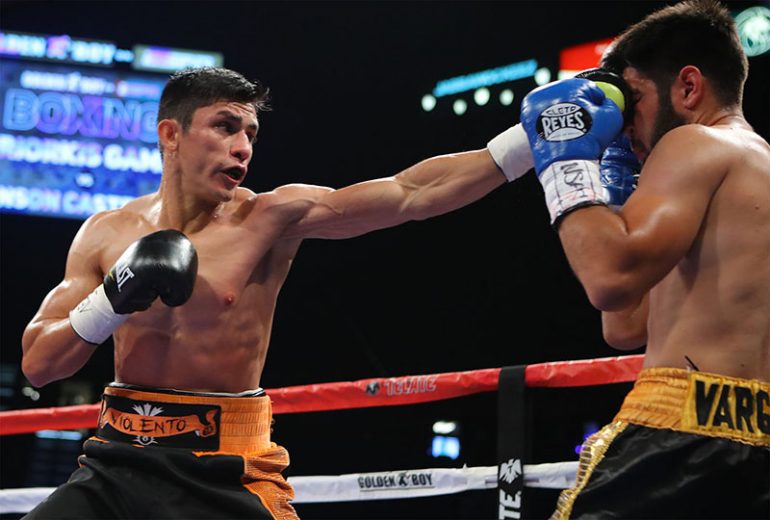 The grind of training throughout the years can take a physical and mental toll on most fighters. Even when fighters want a break after an excruciating fight or a two-month training camp, some hang up their gloves for good.

Horacio Garcia almost became a statistic but after spending time away from the sport to recharge, mentally and physically, he is back in the fight game and eager to contend at 126 pounds.

Garcia (35-5-1, 25 knockouts), who resides in Guadalajara, Mexico, was considered a fringe contender in the Spring of 2015, having won his first 29 fights as a pro. He lost by unanimous decision to Hozumi Hasegawa and to Joseph “JoJo” Diaz over the next 18 months but a decision loss to gatekeeper Diuhl Olguin, in July 2017, hurt his stock of ever becoming a legit contender.

The 31-year-old avenged the loss to Olguin and gave Carl Frampton all he could handle, even dropping Frampton in the seventh round, before losing a close unanimous decision in November 2017. Ten months later, Garcia suffered a split decision loss to Isaac Zarate in a lackluster performance.

After the loss to Zarate, Garcia spent time away from the sport, still keeping in shape by running in his neighborhood. He would eventually make his way back to the gym several months later, deciding to give the sport another try. Garcia returned to action on February 18, avenging the loss to Zarate via majority decision.

Garcia feels reinvigorated and more confident and hopes Villa will be at his best tonight.

“Things have been great,” said Garcia earlier this week. “I was given tons of time to prepare for this fight and I am ready to be in Villa’s face for every minute of every round. He better have trained hard for this fight because I am coming.

“I am excited to be fighting on another Thompson Boxing card as this will be back-to-back outings for me on their platform. I like that Thompson Boxing offers to stream the fight worldwide. Thompson always provides a great professional environment to show my skills on their card.”

Garcia will face a fighter in Villa (18-1, 5 KOs), who challenged Emanuel Navarrete for the vacant WBO featherweight title. Despite Villa fighting well at times, Navarrete was the more accurate and stronger fighter throughout most of the bout, dropping Villa twice.

Garcia has long been in the business to know Garcia is the house fighter. He understands what he has to commit to and how to come out victorious.

“I think Villa struggles with my style of fighting and they picked the wrong guy to face in his return,” said Garcia, who used to be trained by Eddy Reynoso, who currently works with The Ring Magazine super middleweight champion Canelo Alvarez, WBC flyweight titleholder Julio Cesar Martinez and former heavyweight titlist Andy Ruiz.

“Villa is a good boxer but I am not sure we can say he is an elite pro or even an elite fighter. He has skills but he’s going to be in a dog fight and I question his heart.”

“Simply put, I will take Ruben’s spot in the sport. I want to take everything he worked for and make it my own. This is a big opportunity for me and a win will lead to bigger fights against some big names [at 126 pounds].”