Women’s Ratings Update: Mayer jumps to No. 4 at P4P, Esparza champion at 112, more 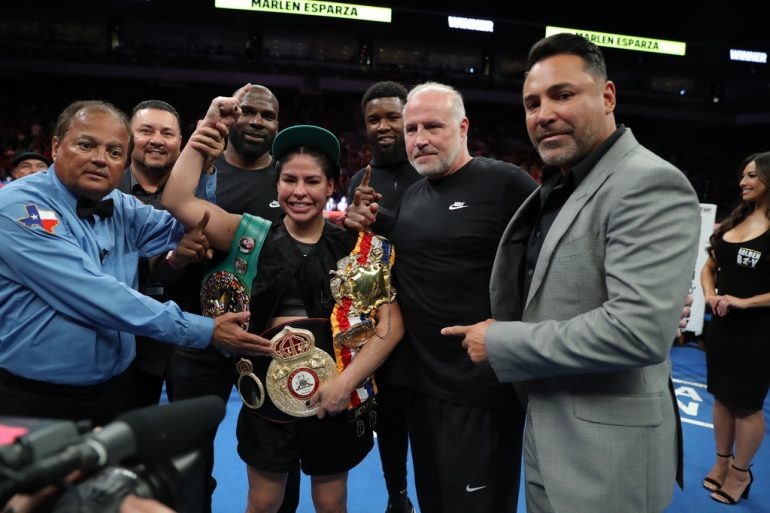 Another historic weekend in women’s boxing has produced a series of changes in The Ring’s Women’s Ratings.

In the flyweight division, one of women’s boxing’s elite weight classes, a new Ring champion was crowned when Marlen Esparza defeated Naoko Fujioka in a fight between our No. 1 and 2 rated fighters, respectively. The winner of the fight was automatically awarded The Ring’s inaugural flyweight belt, a historic first.

Esparza, a Texas-born former Olympian, had to dig in deep to outhustle the legendary Fujioka, one of Japan’s best fighters ever who turned back the clock to produce a great performance that the scorecards failed to properly acknowledge. Fujioka’s performance was deemed good enough for her to stay at the very top of the division, becoming now the new No. 1 at 112 pounds.

Argentine writer Yesica Palmetta took issue with the scorecards, which according to her (and most observers) “were exaggerated. Marlen Esparza did a great job, but Fujioka is admirable. Esparza won a close decision, but she won nonetheless.”

Since everyone below Fujioka was bumped up as well, Argentina’s longtime IBF titlist Leonela Yudica was picked to occupy the No. 5 spot.

In the bantamweight division, a change made last week proved to be short-lived when Denmark’s Dina Thorslund soundly defeated Niorkis Carreño to hold on to her WBO belt, proving once again to be worthy of the No. 1 spot in her division. Thorslund had yielded that spot last week to Mexico´s Yulihan Luna Avila, but she is now back on top.

“Dina was aggressive and precise in the fight with Carreño,” said Palmetta. “Without a doubt, the level of her presentation and that of her opponent was superior to Yulihan’s (last week). It will only be a matter of time until both clash in the ring,” said the writer, with Rincon Rojo magazine editor Irene Deserti indicating that “I also think that Thorslund should return to number one.”

Finally, Mikaela Mayer retained her Ring belt and two other trinkets in the junior lightweight division with a shutout of No. 5-rated Jennifer Han. In yet another masterful performance, the California native returned to her home state to demolish the Texas-born Korean-American former featherweight titlist. Han’s brave effort was deemed solid enough by the panel to keep her at the very bottom of the top 5.

“Mikaela Mayer was masterly in the execution of her game,” said boxing historian Malissa Smith. “In Jennifer Han, she had a worthy opponent with excellent skills, but was able to maintain her ring generalship through her exceptional shot selection and footwork. Through her years of hard work with Coach Al Mitchell she has built herself into an elite boxer with few peers. I look forward to her upcoming contests as she looks to become undisputed in the junior lightweight division.”

After such a flawless performance by Mayer, the debate on whether she should be moved up in the mythical pound-for-pound ratings began with some well-earned laudatory remarks.

“Mikaela Mayer should be elevated in the pound-for-pound rankings. I’d place her at No. 4. Mayer defeats everyone at 130 and 135, including Katie Taylor and Amanda Serrano,” said Mark Jones, expressing a point of view that was later shared by many.

“Bravo Mark. You said it all. And I agree,” said Gutierrez-Beagle. “I’m surprised she didn’t KO Han which goes to show how tough she is.”

Deserti agreed in saying “I like Mayer more and more and I feel that it will not be long before she reaches number one. I agree with the boys in promoting her to number 4.  I think she has outclassed McCaskill, Cameron and Persoon in her last few fights.  She is becoming one of my favorites!”

A proposal was made to bring in Esparza into the top 10 replacing the virtually retired all-time great Cecilia Braekhus, but the proposal encountered some serious resistance and failed to gain enough traction.

“I just can’t rate Marlen Esparza pound-for-pound based on what I saw last Saturday,” said Michael Montero, host of Montero on Boxing. “All credit to Esparza, she’s the legitimate flyweight champion, but not a P4P talent, in my opinion.  The skill level just isn’t there. My suggestion would be to keep Braekhus at No.10 for a little while longer.”

Others agreed, with different arguments.

“I don’t see Esparza as a pound-for-pound level fighter,” said Jones. “She defeated Fujioka, but it was a life-and-death struggle with a 46-year-old boxer who is well into the post-prime portion of a fabulous career.”

On the other side of the debate, Smith praised Esparza’s performance by saying that “Marlen Esparza has got game, and even when she falters, her heart remains. I felt she won the fight through a mixture of tenacity, good boxing, and a strong desire to win. The scoring was, however, very unfortunate, as the champion Fujioka deserved better.” 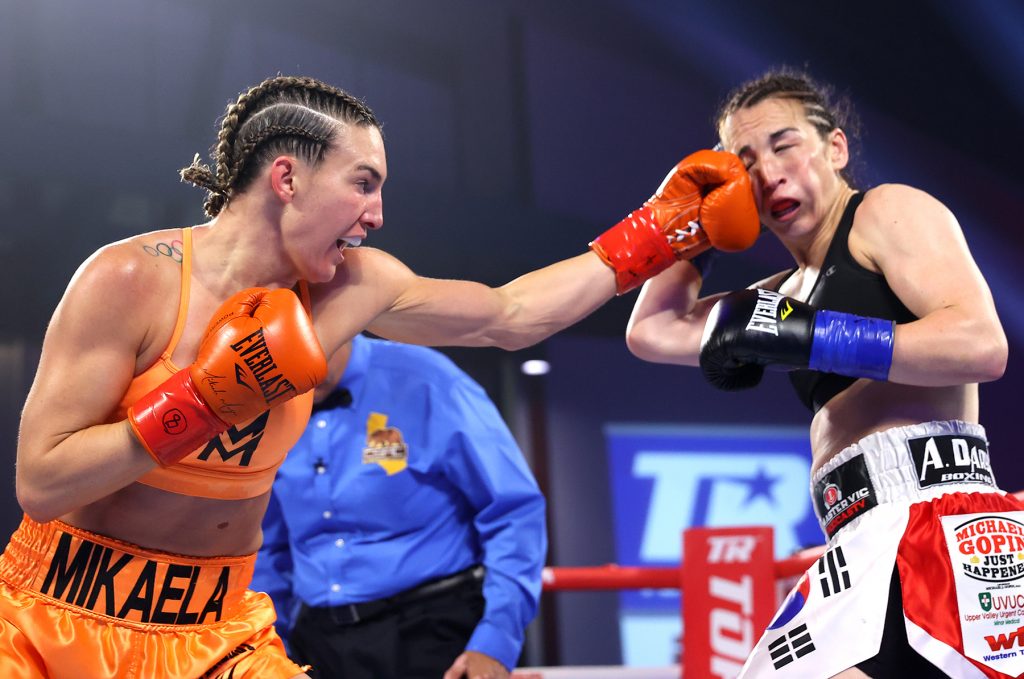