Gennadiy Golovkin: Japan is the land of surprises 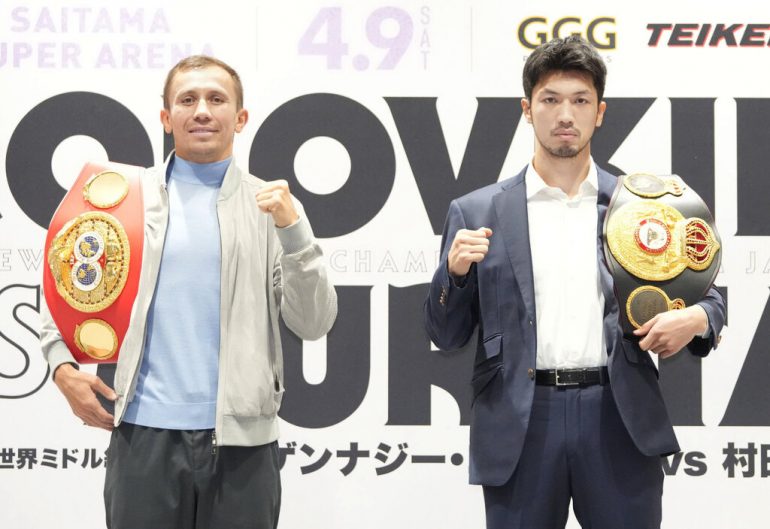 TOKYO (April 6, 2022) — Fight week is in full swing and throughout Japan, Gennadiy “GGG” Golovkin is being hailed as the biggest name to enter a ring in Japan since heavyweight champion Mike Tyson. Tyson was knocked out by 40-1 underdog James “Buster” Douglas on February 11, 1990 — arguably the biggest sports upset of the 20th century — a fact not lost on Golovkin. Boxing’s most dominant middleweight of his era, Golovkin (41-1-1, 36 KOs), from Karaganda, Kazakhstan, is finally in Japan, after several postponements caused by the pandemic, enjoying his first fight week since December 2020. He has brought the Big Drama Show and his IBF and IBO world title belts to face two-time WBA middleweight champion and Japan’s national hero Ryōta Murata (16-2, 13 KOs) in a long-awaited world title unification fight. Promoted by Teiken Promotions, in association with GGG promotions, Golovkin vs. Murata will take place this Saturday, April 9, and will be streamed live from Saitama Super Arena in Saitama, just north of Murata’s hometown of Tokyo, to over 200 countries and territories, including the U.S., exclusively on DAZN (excluding Japan and Kazakhstan), beginning at 5:10 a.m. EDT / 2:10 a.m. PDT, with the main event scheduled to start at approximately 8:00 a.m. EDT / 5:00 p.m. PDT. Golovkin and Murata boast a combined record of 57-3-1, 49 KOs — a winning percentage of over 93% — with 86% of their victories coming by way of knockout.

Golovkin’s Big Drama Show has packed iconic arenas around the world, selling out Madison Square Garden, The O2 in London, the Fabulous Forum and StubHub Center in Los Angeles, and T-Mobile Arena in Las Vegas. Saitama Super Arena is expected to join that illustrious list. He has been a middleweight world champion every year since 2010, a testament to his discipline, drive, and talent. GGG’s résumé includes a division-record 21 title defenses, 20 of them consecutively, also a division record. 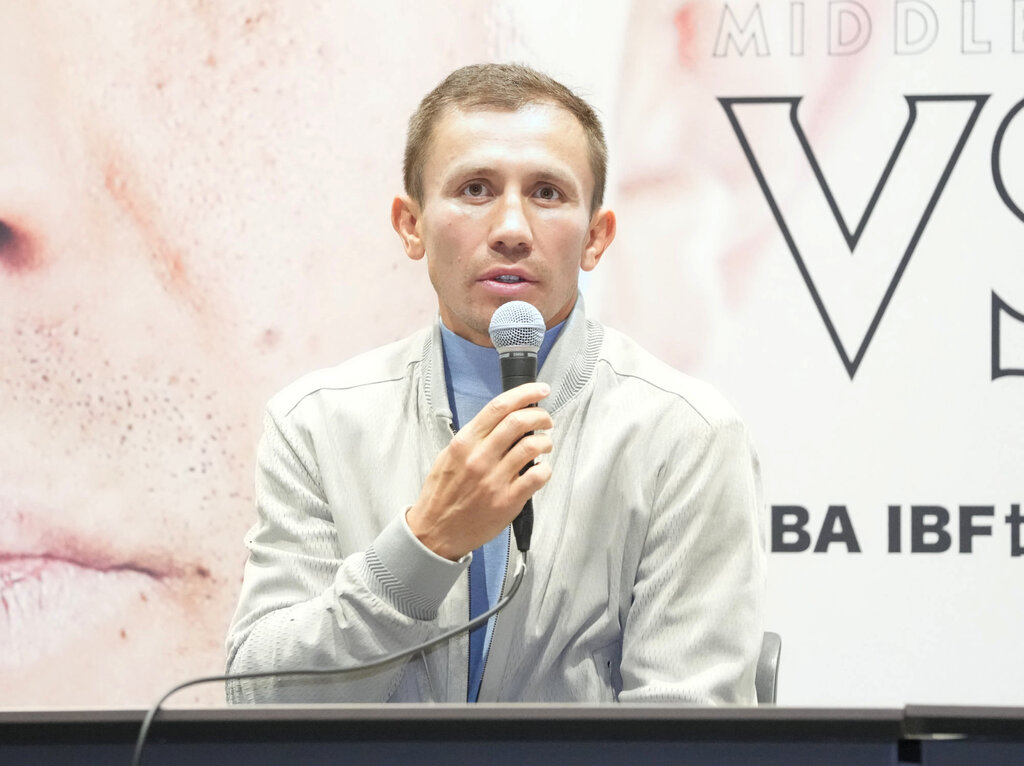 Here’s what Golovkin had to say about Murata, training, fighting in Japan, turning 40 on weigh-in day, and other things.

“Japan is the land of surprises, at least when it comes to boxing. I remember what happened in the Tyson-Douglas fight. It has been in the back of mind throughout training camp. I already had a lot of respect for Ryōta Murata, but Tyson-Douglas is a reminder to never give less than 110% every day in training camp. The last time I fought in Japan was over 20 years ago. It was in the East Asian Games in Osaka. I had a great time.

“I have been in my Florida training camp — off and on — since October because of postponements. First the fight was going to be last December, than there was a chance of it happening in February, and finally this Saturday. I chose to train in south Florida because of the warmer weather and it was easier to get good sparring partners. A lot of the fighters get sick in the cold climate of Big Bear in the late fall and winter months. I really enjoyed training in Florida. The biggest obstacle in these postponements, other than the frustration of not fighting, is peaking before the December and February dates and then pulling back and building up again. It wasn’t easy, but every time I would break camp and go home, I would stay in shape by doing light conditioning and speaking with my trainer Johnathon Banks daily. Johnathon would remind me every day, ‘Go steady. Do not go heavy.’ between training camps. He was right. I always returned to training camp energized and ready to go. This last training camp resumed in early February.

“It is a challenge when fighting in a different country, especially if that country happens to be my opponent’s homeland. But it spurs me on even more in training camp. Now that I am in Japan, the adrenaline is starting to pump. I am really excited to be here and to fight in front of the fans in Japan. They really love and appreciate good boxing.

“Murata is a good, solid fighter. There is a reason he has been an Olympic gold medalist and is a two-time WBA world champion. He came to my training camp in Big Bear many years ago. We sparred a little. He was a very serious fighter. He worked very hard in everything he did in camp, inside and outside the ring. We got along very well.

“I am going to be 40 on Friday but I feel good. I will continue fighting as long as I feel good and can train hard to fight at the level I have come to expect of myself. Living a healthy lifestyle keeps me feeling good, strong.

“Murata is the most important fight. Period. I do not look ahead. I have been fully invested in training for the fight I have in front of me. I have too much respect for Murata and his body of work. My focus is on him and winning his title. That is why I am in Japan. I look forward to fighting in a packed arena. I have missed that energy. It is going to be exciting because we both have similar styles of fighting. We are both power punchers, we are aggressive and we come forward. Diamonds cut diamonds and on Saturday, there will be two diamonds in the ring. It will be a boxing gift to the fans I expect it to be the fight of the year.

“Yes, I have been told by several reporters that Canelo wants to fight me again and that this time ‘it is personal.’ If it is so ‘personal,’ why has it taken him four years since our last fight? He pretends it is personal. I find it puzzling he would make such a claim.”