In a historic decision, Cuba will allow boxers to fight professionally abroad 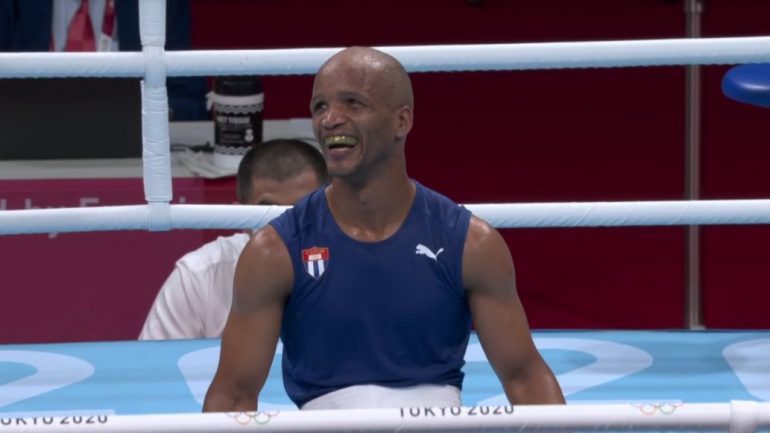 For those who never stopped wondering what it would be like to see the best Cuban fighters in action in their prime, the wait is over.

The Cuban Boxing Federation has announced a landmark deal with Golden Ring Promotions to allow Cuban fighters in their amateur/Olympic system to go pro and fight abroad, opening the door for Olympic champions such as Julio Cesar La Cruz, Arlen Lopez, Roniel Iglesias, Andy Cruz and many others to make the jump to the world of shirtless boxing as early as next month.

“It is a privilege to have reached this historic agreement with the Cuban sports authorities that will mark a before and after in boxing,” said promoter Gerardo Saldivar, president of Golden Ring Promotions. “We will seek to place them in the rankings of all professional boxing sanctioning bodies. The boxers will have the full support of the Cuban sports authorities, they will train in Havana and travel to take part in professional fights.”

There is more to this than the change in wardrobe and glove sizes. For more than sixty years, some of the best boxers on the planet have hailed from Cuba, at least in the Olympic level. Names like Teofilo Stevenson, Odlanier Solis, Felix Savon and many others elicited immediate respect in the boxing world, and that’s just in the heavyweight division. The depth of Cuban boxing has been enormous in every division below that as well, with multiple gold medals backing the success of their system.

Now, thanks to the new deal that was announced on Monday in news first reported by ESPN’s Salvador Rodriguez, a card that will take place on May 20 in Mexico and broadcasted worldwide by ESPN will feature the professional debut of several Cuban fighters in six-round bouts against opponents yet to be announced, in a major break from the island government’s reclusive policy and their stern prohibition on professional sports of any kind.

It is unclear how the Cuban government will profit or intervene in this matter. Musicians from bands touring out of Cuba receive a stipend aside from their monthly salaries (which can be as low as $25 dollars per month) while the government collects the entirety of their income, and the same is true for other performers and professionals who are “allowed” to peddle their talents abroad.

The only precedent in recent memory is that of lightweight contender Richar Abril (20-3-1, 8 knockouts) who had a special permission to travel back and forth from Cuba during his professional career. Previously, many attempts had been made to lure the government into allowing professional boxing to return, most notably an offer by Muhammad Ali to fight three-time Olympic champion Teofilo Stevenson, who famously rejected the offer by stating that he would rather have “the love of a million Cubans” instead.

Before the end of professional boxing in 1962, Cuba had produced several outstanding champions such as Eligio “Kid Chocolate” Sardinias. Others, such as Ultiminio “Sugar” Ramos, Jose Legra and Jose “Mantequilla” Napoles, migrated as soon as the prohibition started and built their careers abroad.

But since then, most fighters who started their amateur careers in Cuba (first trained by Russian trainers and then developing in the island’s own elite school of La Finca, just outside Havana) were forced to defect and escape to other countries to further their professional ambitions, with names such as Yuriorkis Gamboa, Erislandy Lara, Yordenis Ugas, Joel Casamayor, Guillermo Rigondeaux and others immediately coming to mind.