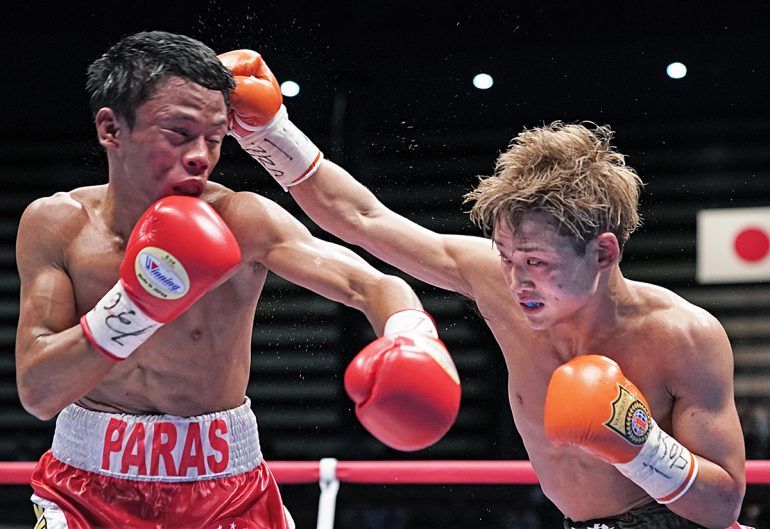 The ten-round bout at a 110-pound catchweight will headline the ninth installment of Sanman Promotions’ “Bubble Series,” where fights take place without a crowd in attendance due to COVID-19 restrictions in the Philippines.

Paras (16-2, 14 knockouts) of General Santos City is riding a three fight win streak following back to back losses in 2018, when he lost a competitive decision to Hiroto Kyoguchi for the IBF strawweight title, and was outpointed by Filipino contender Jonathan Taconing.

Paradero (18-2, 12 KOs) is coming off consecutive losses last year, first losing a split decision to Vic Saludar for the vacant WBA “regular” strawweight belt, and then being stopped in five rounds by Knockout CP Freshmart in Thailand for the legitimate WBA world title.

“Our card line up speaks for itself. It’s cherrypicking-free and only matches marquee fighters against fellow elite fighters,” said promoter Jim Claude Manangquil.

Also slated for the card is the returning Jhack Tepora (23-1, 17 KOs), who will be fighting for the first time since 2019, when he was knocked out in one round by Oscar Escandon, plus Jayson Mama (16-1, 9 KOs), who will face Ramen Antaran (4-16-2). Mama is fighting for the first time since losing to Sunny Edwards last December for the IBF flyweight title.

RV Deniega (6-0, 3 KOs) will take his biggest step-up as a pro when he faces former title challenger Edward Heno (14-1-5, 5 KOs). Heno hasn’t fought since losing a close decision to Elwin Soto for the WBO junior flyweight title in 2019.

Though fans will not be able to attend, the card will stream live on the Sanman Promotions Facebook page.