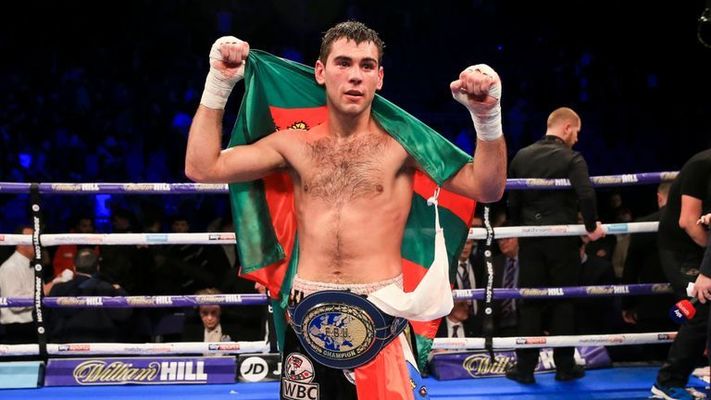 When former European junior middleweight titleholder Sergio Garcia dipped his toe into world class against Sebastian Fundora, last December, it didn’t work out and he lost his unbeaten record.

However, the 29-year-old Spanish fighter did enough to earn another big fight stateside and now faces former WBC 154-pound titlist Tony Harrison at The Theatre at Virgin Hotels in Las Vegas on Saturday.

“I don’t think Fundora had ever had such a tough fight until he faced me,” Garcia (33-1, 14 knockouts) told The Ring through Oscar Zardain. “It was a very tight result, either one of us could have won, but he was at home and took the tighter rounds.

“Thank God, I had a great performance and the American public wants to see me again. I’m sure I’ll put on a good show against Tony Harrison.”

Garcia, who has prepared for two months at home in Torrelavega, under the watchful eye of Víctor Iglesias, appreciates that he will have his hands full against the talented American.

“[Harrison] has a lot of experience at the top level, which is precisely what I don’t have,” admitted Garcia. “I need to face opponents with these characteristics to keep growing as a boxer and to be able to become a world champion.

“He’s very fast and has good footwork, but I’m going to try to keep the pace of the fight as high as possible. He is the fighter with the best record I’ve ever faced. I am very excited to share the ring with him. I have been working very hard for this moment and I believe the result will be seen on April 9th.”

If Garcia is victorious, he hopes to face the winner of the main event.

“I would fight the winner of [Sebastian] Fundora-[Erickson] Lubin,” he said. “I would love a rematch against Sebastian.”

Harrison (28-3-1, 21 KOs) turned professional in 2011 and was managed and trained by Emanuel Steward until the Kronk legend’s untimely passing in 2012.

The skilled boxer-puncher won 21 fights before tasting defeat for the first time against Willie Nelson (TKO 9). Harrison rebounded well but was stopped by Jarrett Hurd (TKO 9) when he challenged for the vacant IBF title. However, he did surprise Jermell Charlo (UD 12) by sticking to his game plan and claiming the WBC version with a close and controversial decision. Charlo scored an 11th round stoppage in a direct rematch, which took place in December 2019. The 31-year-old Harrison has fought just once since, receiving a draw with Bryant Perrella in April 2021.

The Showtime event will be headlined by Erickson Lubin-Sebastian Fundora. The broadcast will begin at 10 p.m. ET/ 7 p.m. PT.