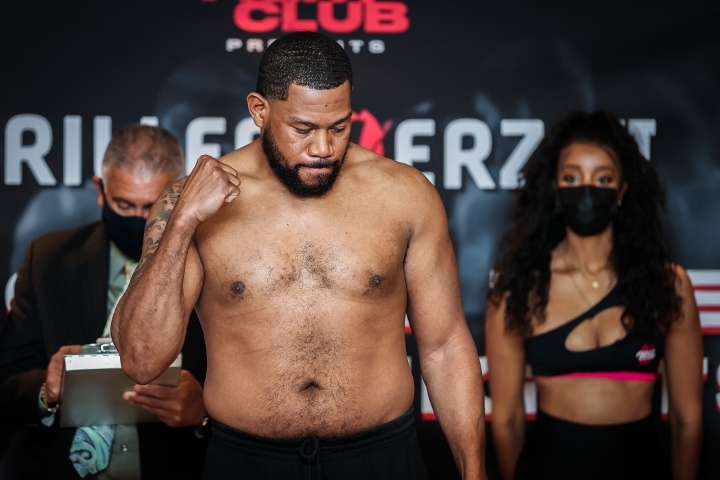 “I am excited to work with Lee Baxter to help bring Broadway Boxing to Detroit, a great city with a passionate fanbase, famous for its deep boxing history and home to the legendary Kronk Gym,” said Lou DiBella, president of DiBella Entertainment.

Balogun (18-0, 14 knockouts), who resides in Upper Marlboro, Maryland, stopped Trey Lippe, the son of former WBO heavyweight titleholder Tommy Morrison, in the opening round of his last bout on December 2. The win over Lippe took place almost eight months after Balogun stopped Keith Barr in the second round.

The 38-year-old has shown more power and aggression in recent fights, stopping six of his last seven opponents.

Balougun got off to a late start to his pro career. After a successful collegiate career at the University of Oklahoma, where he would later play three seasons in the National Football League (NFL), Balogun turned pro in October 2014, knocking eight of his first nine opponents.

Hefny (13-2, 5 KOs), who is originally from Alexandria, Virginia and now resides in Brooklyn, New York, last fought on January 29, losing by split decision to unbeaten Dacarree Scott. The 37-year-old has split his last four bouts.

In the co-feature, bantamweight Ja’Rico O’Quinn of Detroit will square off against Jobert Alvarez in an eight-round bout.

O’Quinn (14-1-1, 8 KOs) suffered his first defeat as a pro against Saul Sanchez in his last bout on September 26. O’Quinn was dropped three times, prompting an immediate stoppage after the third knockdown.

Alvarez (20-2-2, 7 KOs), who is originally from the Philippines and now resides in Renton, Washington, has not fought since December 2019, when he defeated Luis Escobedo Garcia by majority decision. He is undefeated in his last six bouts since losing by knockout to Miguel Cartagena in July 2016.

In a clash of unbeaten heavyweights, Michael Pirotton (5-0, 2 KOs) of Liege, Belgium will square off against Jonathan Gruber (3-0, 2 KOs) of Fall River, Massachusetts in a six-round bout.