Devin Haney to challenge George Kambosos Jr. for all the marbles in Australia 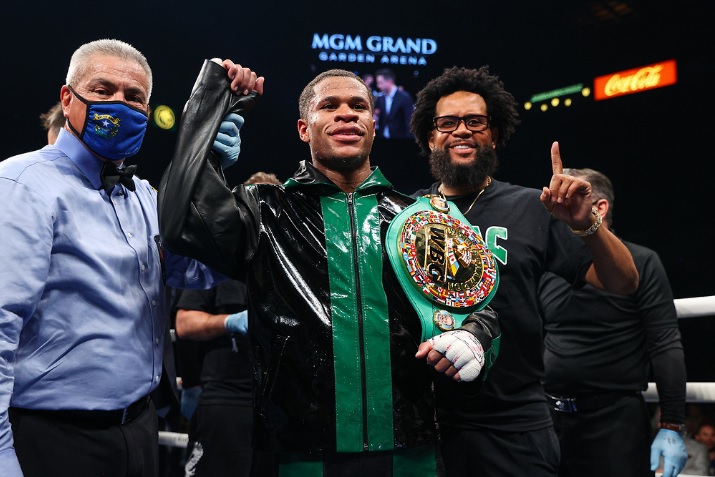 George Kambosos, Jr. finally has an opponent for his homecoming fight on June 5. He will also get the opportunity to unify all four major belts and become the true undisputed champion of the world.

According to multiple reports, Kambosos will put his Ring Magazine lightweight championship on the line when he faces WBC titleholder Devin Haney in a fight that will take place at Marvel Stadium in Melbourne, Australia,

ESPN’s Mike Coppinger was the first to report on the story.

The 12-round bout will take place on Sunday in Australia in order to be aired live Saturday night (June 4) in the United States on ESPN.

Kambosos (20-0, 10 knockouts), who resides in Sydney, Australia, won the Ring lightweight belt along with the IBF, WBO, and WBA world titles by defeating Teofimo Lopez on November 27. Kambosos had to overcome a knockdown in the 10th round to come out victorious.

There was talk of a unification fight against Haney, but nothing was finalized. Vasiliy Lomachenko, who lost to Lopez in a unification fight in October 20, agreed to terms in facing Kambosos, but traveled to Ukraine earlier this month to join the national army in its defense of the invasion by Russia. Lomachenko decided to remain in Ukraine, passing up the opportunity to face Kambosos.

Coppinger reported Haney recently signed a multifight co-promotional deal with Top Rank and Lou DiBella for his fights to air or stream on ESPN platforms.

A deal was reportedly reached over the weekend between Lou DiBella, Kambosos’ promoter, and Bob Arum. Top Rank has an exclusive deal with ESPN.

DiBella and Eddie Hearn, who had promoted Haney’s recent fights prior to their promotional deal recently expiring, were not able to work out a deal for DAZN to stream the fight. Matchroom Boxing, the promotional company which Hearn runs, streams their fight cards on DAZN.

There is a rematch clause in the contract. Haney must face Kambosos again in Australia should he defeat Kambosos on June 5, and only if Haney remains a lightweight. There is a possibility Haney could face Lomachenko after Haney fulfills his rematch clause with Kambosos and wins again.

Haney (27-0, 15 KOs) successfully defended his WBC title on December 4, defeating Joseph ‘JoJo’ Diaz by unanimous decision. He has made four successful defenses of the WBC title, including wins over Jorge Linares and Yuriorkis Gamboa.

The 23-year-old is ranked No. 3 by The Ring. Lopez and Lomachenko are ranked No. 1 and No. 2, respectively.