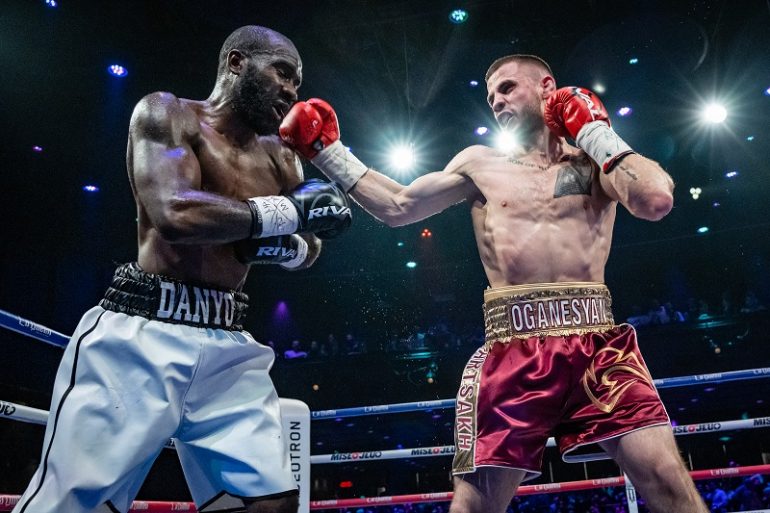 Rising junior middleweight Artem Oganesyan got off the canvas to score a fifth round stoppage over Stephen Danyo to claim the vacant NABF title at Montreal Casino, Montreal.

At the very beginning of the fight, Danyo surprised Oganesyan, dropping him with a two-punch combination. Oganesyan appeared more embarrassed than hurt and rebounded well.

Originally from Moscow, Russia, Oganesyan, who moved to Canada two months ago, hurt Danyo twice in the second round but knew he couldn’t jump on his opponent and was careful about picking his shots.

The assault continued in Round 3. A combination sent Danyo stumbling and he landed on the ropes, his head slipping under the top rope. Referee Alain Villeneuve issued a count. 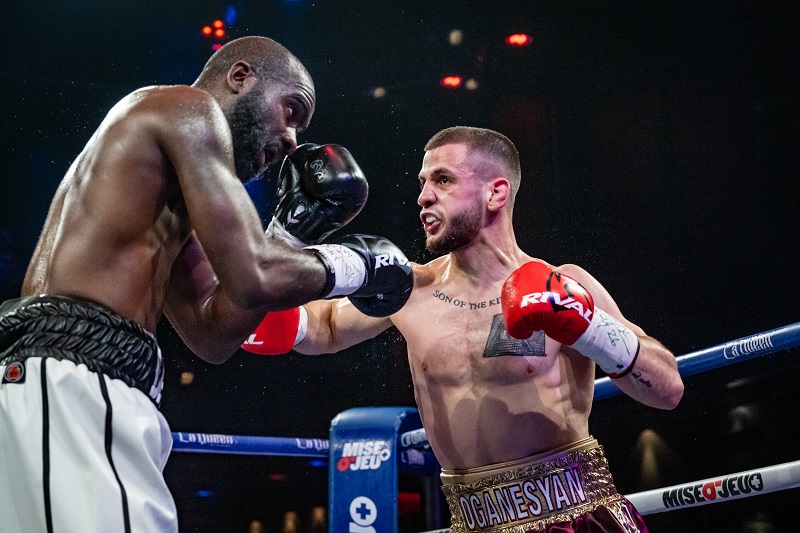 Oganesyan continued to dominate his Dutch opponent, hurting him. Danyo appeared to be breaking down but was covering up well.

In the fifth round, Danyo lost his footing and fell to the canvas. He got back to his feet but didn’t look happy, as the ringside doctor called a halt to the action at 0:30. 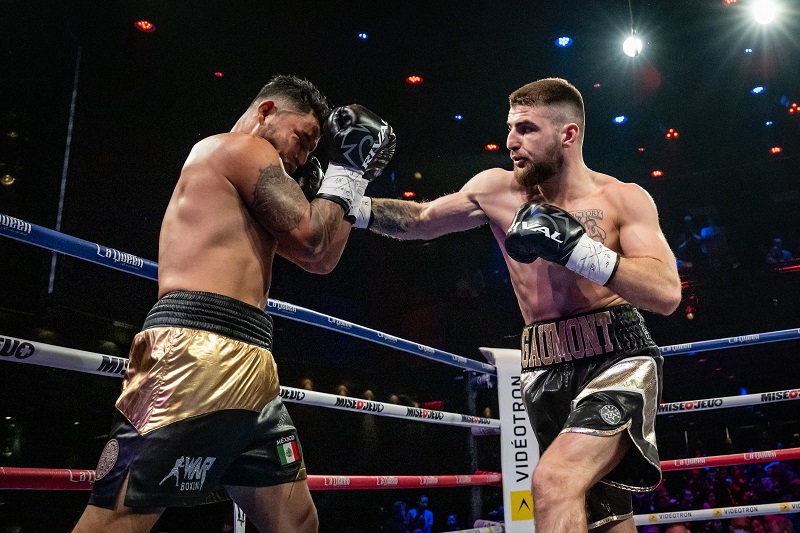 Unbeaten middleweight Alexandre Gaumont (4-0, 2 KOs) had too much for tough Mexican Edgar Romero Mora (11-13-3, 8 KOs) widely outboxing him over four rounds. Gaumont claimed the shutout victory 40-36 on all three scorecards. 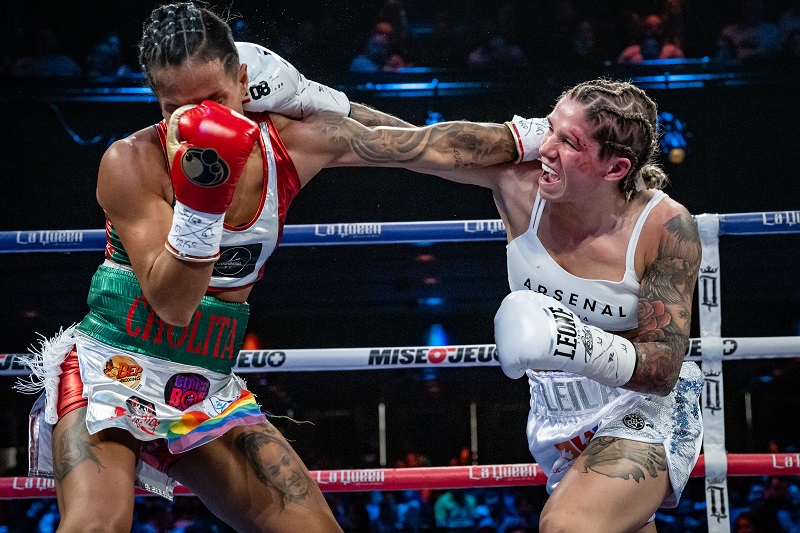 Leila Beaudoin (5-0, 1 KO) won an exciting six-round unanimous decision over Estefania Gonzalez Franco (2-5) at junior lightweight. The 25-year-old Canadian boxed well but had to brawl with her Mexican opponent at times and suffered a graze from a clash of heads midway through the fight. Beaudoin was awarded the decision by scores of 60-54 and 58-56 twice. 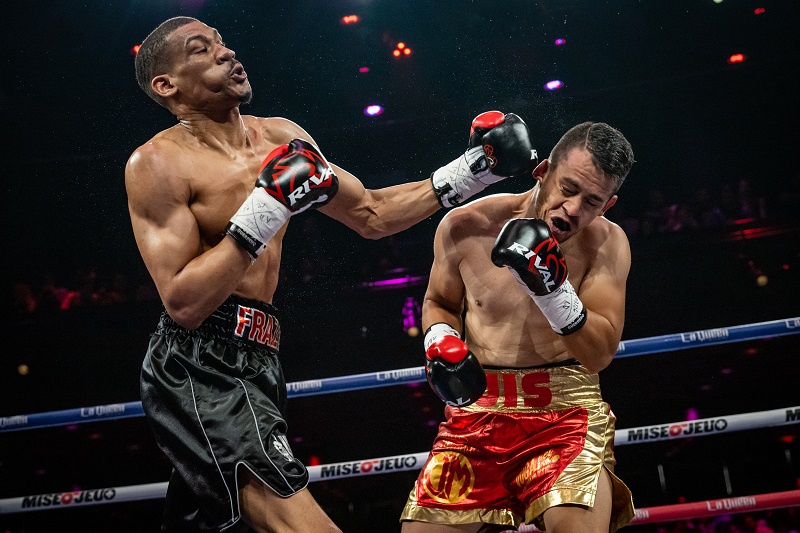