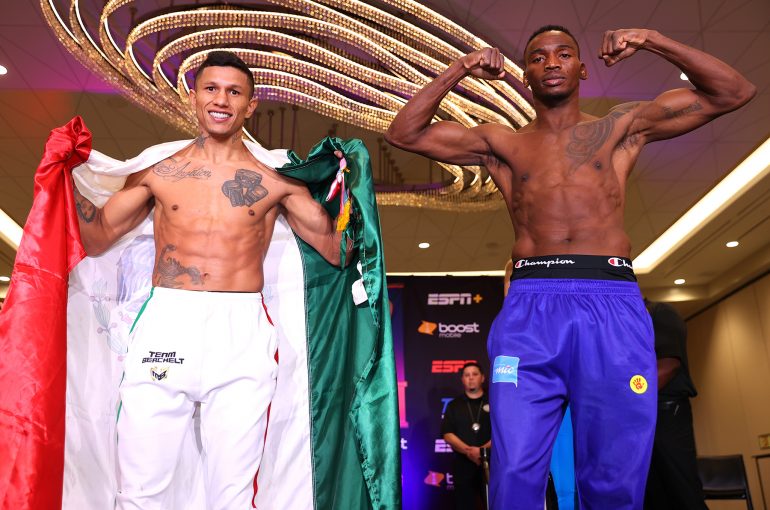 Jeremiah Nakathila pulled off the win of a lifetime on Saturday, dominating former WBC junior lightweight titleholder Miguel Berchelt before forcing him to retire on his stool following the sixth round

It was clear early on that Berchelt was not the same fighter he had been several years ago, and appeared to be a spent force in his first fight since his brutal knockout loss to Oscar Valdez over a year ago. Berchelt, 30, hit the canvas in round three off of a jab, and was fighting from behind most of the way.

Nakathila, 32, of Windhoek, Namibia picked off Berchelt on his way in, knocking his mouthpiece out in the sixth round with a brutal right hand. With his face swollen and his reflexes slowed, the end was clearly before Berchelt.

All three judges had Nakathila pitching a shutout at 60-53 at the time of stoppage.

The event was promoted by Top Rank and aired live on ESPN in the United States.