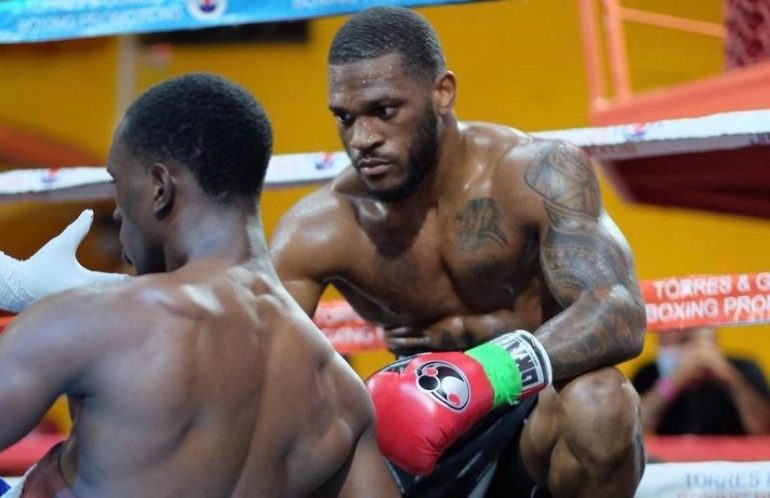 Through the ups and downs of life, Kurt Scoby has lived by one movie quote, a quote which has kept the fire lit under him since the moment he first heard it.

“The saddest thing in life is wasted talent,” Robert DeNiro’s character in “A Bronx Tale” told his son, Calogero, who was being seduced by the criminal life.

Those words stuck with Scoby while growing up in Duarte, Calif., as he himself fought to resist the criminal element in what he called “the trenches” of his Los Angeles County city. He knew he had an escape, as long as he didn’t waste his own talent.

“It was all about gang violence, killings, almost every day. It was an environment where kids shouldn’t be seeing. Unfortunately I was able to see all that violence and I knew I had to get out,” said Scoby, a 27-year-old junior welterweight prospect with a 6-0 (4 knockouts) record.

“I knew boxing and sports were my way out.”

Scoby will fight his seventh pro bout on Saturday, facing Emmanuel Morales Rodriguez (10-4, 6 KOs) in a six round bout at Boardwalk Hall in Atlantic City, N.J. The bout will be part of a ten-fight card promoted by Rising Star Promotions. 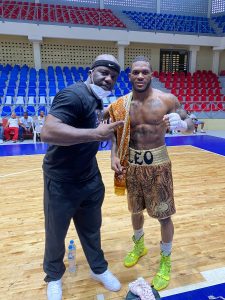 For Scoby, violence wasn’t just something he’d encounter in the streets. There were the bruises and marks he’d wear to school, and the questions from concerned teachers about how they happened. His football coaches would invite him to sleep over their houses instead, to ensure that he’d be safe and be fed.

Finally, he was taken into foster care for the final decade of his childhood, which he says taught him the true meaning of family.

Though he had excelled at football, boxing was always his true passion. He picked up boxing at the Duarte Boxing Club, and would switch focuses between boxing and the gridiron depending on the season. That became tougher, as he bulked up to over 200 pounds for football, and then cut back down to box.

Still, his boxing trainers knew that football was his key to improving his position in life. Through football, he could get an athletic scholarship and an education. They encouraged him to focus on football, and said boxing would still be around when he was ready.

Scoby became one of the most highly sought after running back prospects on the west coast. Standing 5’8” and weighing 215 pounds, Scoby rushed for 2,206 yards and 35 touchdowns in his senior year for Morovia High School, and signed on to play at Fresno State University as a criminal justice major. He was red-shirted in his freshman season, and went on to play three seasons at Azusa Pacific University, rushing for 2,703 yards and 16 touchdowns from 2015-2017.

“I was actually scouted by [NFL teams] the Steelers, the Chargers, many other football programs,” said Scoby.

The boxing bug wasn’t easy to shake, however. He returned to the ring, winning the 2019 California Golden Gloves title in the 152-pound novice division.

He signed with manager Daniel Gonzalez and turned pro in June of 2020, fighting three times in Mexico and three more times in the Dominican Republic.

At the height of the pandemic, with tickets costing just $11 one way, Scoby took a leap of faith and flew out to New York to continue his boxing dream. There, he bounced around, looking for a gym to call his own. He linked up with head trainer Don Saxby and Leon “Cat” Taylor at Gleason’s in June of 2021. Scoby says Saxby has become a father figure to him.

“What makes ‘Scooby’ a prospect to watch is his discipline and passion to be the best at what he does,” said Saxby, who also has undefeated junior featherweight prospect Khalid Twaiti (9-0, 4 KOs) on the card facing Juan Centeno (6-5-3, 1 KO) of New Orleans in a six-round bout.

“He’s a trainer’s dream because he’s the kind of fighter you have to run out of the gym.”

Scoby is still a work in progress, but has learned plenty on the job, sparring with former world champions like Jaime Munguia and Regis Prograis, and contenders like Jose Zepeda and Ivan Redkach.

Scoby, like most boxers, dreams of becoming a world champion in the ring. But he’s already demonstrating the value that hard work can have on overcoming difficult circumstances.

“My ultimate goal is to let people know that there’s a way out of any situation that they’re in,” said Scoby.