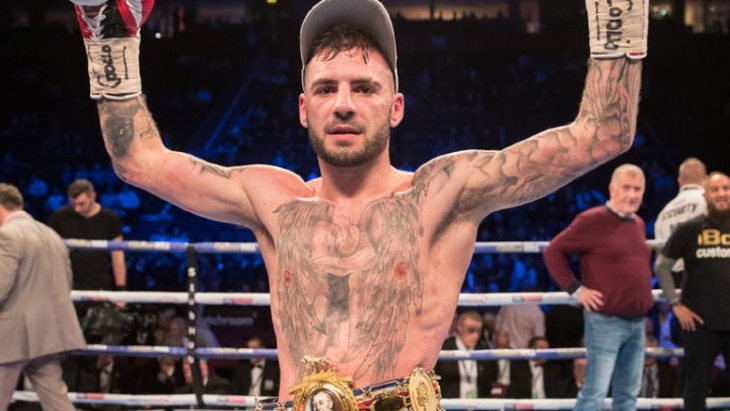 Junior welterweight Lewis Ritson was disciplined and sharp in a 10-round unanimous decision win over former WBC 135-pound titleholder Dejan Zlaticanin at the Newcastle Arena in Newcastle, England, on Friday. The official scores were 100-90, 100-90 and 99-91.

Ritson, a former British champion at 135 pounds, took a round to time his older and more experienced foe. However, once he found his distance, there was only going to be winner. Ritson consistently worked his way in from the outside with a brisk jab and released some punishing work at mid-range. The southpaw visitor was dangerous with his vaunted left cross, but that was the only significant threat he posed.

As the rounds progressed, Ritson maintained his pace and Zlaticanin’s dropped off. There was no reason for the home fighter to take any unnecessary risks and he didn’t. Everything was going Ritson’s way, and the fans in attendance were happy to watch him cruise to a lopsided win that pushes him closer to a world title fight.

Zlaticanin, who owns wins over Petr Petrov (UD 12) and former three-weight world titleholder Ricky Burns (SD 12), has declined in recent years. In 2016, the 37-year-old won a vacant title by stopping Franklin Mamani in three rounds, but a crippling third-round knockout loss to Mikey Garcia, in his first defense, took something from him. He’s now lost three of his last five outings.

In a highly entertaining scrap, Troy Williamson retained his British junior middleweight championship with a 12-round unanimous decision win over a gallant Mason Cartwright. The official scores were 117-112, 116-111 and 114-113. Two of those tallies were uncomfortably wide.

Cartwright got off to a dream start, flooring Williamson with a  big right hand in Round 2. Despite sustaining a cut from a clash of heads in the third, the challenger bossed most of the first half and an upset appeared to be on the cards.

Slowly, however, the tide turned. Williamson, who was coming off a terrific title win over Ted Cheeseman, in October, began scoring with thumping uppercuts on the inside and he also found a home for some sharp rights over the top.

Williamson (18-0-1, 13 KOs) nailed Cartwright with a big combination to end the 10th and scored with some terrific counter rights in the 11th. The champion had solved his opponent by the end, but Cartwright was going nowhere and battled hard to the final bell.

Olympic silver medalist Pat McCormack had a successful and quick professional debut, blasting out journeyman Justin Menzie in a single round at welterweight. The official time was 1:38.

The 26-year-old McCormack, who hails from Sunderland, England, put his southpaw opponent under heavy pressure from the opening bell. Menzie (5-6-1, 1 KO) quickly found himself trapped in a corner and a couple of hellacious body shots almost broke him in half.

McCormack is being groomed for stardom and really looks the part.