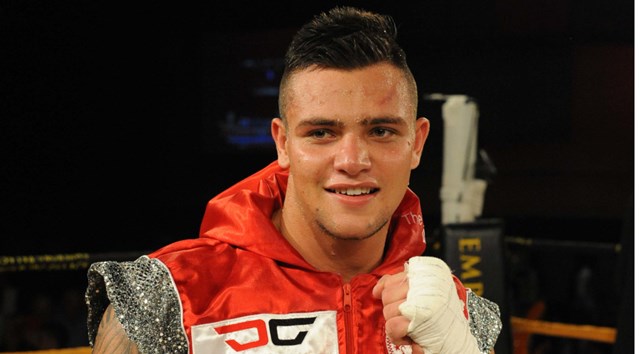 Kevin Lerena will finally dip his foot into the heavyweight pool Saturday night at Emperor’s Palace in Gauteng, South Africa, when he squares off against Bogdan Dinu over ten rounds.

It has been a long and winding road for Lerena just to get back in the ring. In his last bout, back in December of 2020, he weighed just over 200 pounds, stopping an overmatched Kevin Ferguson in five rounds. That bout took place at the WBC’s bridgerweight limit of 224 pounds (a division not recognized by The Ring). He was scheduled to face Ryad Merhy in France at cruiserweight in 2021 but then broke his right hand in training. The hand has since been surgically repaired and with rehab done, Lerena is now ready to go.

Making cruiserweight has become too much of a slog for the South African who had often had to drop as much as 30 pounds during a training camp. Now he can just concentrate on fighting, rather than making weight. Still, barely topping six feet, the muscular southpaw does not have the frame of a modern heavyweight and it will be interesting to see if he can overcome the height and reach disadvantages that he is sure to have.

Dinu has a respectable record (20-3 with 16 knockouts), but when he stepped up in the past things have not gone well for him. He was knocked out in four rounds by Jarrell Miller in 2018. He put up a spirited performance against another contender, Kubrat Pulev, the following year, bloodying the Bulgarian’s face. He was still even on two cards when Pulev got him out of there in seven rounds. After a couple of wins against journeyman opposition, Daniel Dubois once again turned his lights out in two rounds.

The bottom line is this: if you are going to make any waves in the glamour division, you must beat Bogdan Dinu convincingly.

There can be no question that Lerena, who was ranked in the top five at cruiserweight by The Ring for a long time, has the much better pedigree, but his Romanian opponent is undoubtedly the bigger man. Can Kevin Lerena take a heavyweight punch? Will he have enough firepower to make his bigger opponent think twice?

We will find out.

One pits South African heavyweight champion Juan Roux (6-0, 2 KO) against Josh Pretorius (8-5, 5 KO). Roux, nicknamed “The Rhino” because of his hustle-and-bustle come forward style, had a meteoric rise last year when in a span of just two weeks he knocked out the much bigger Wilhelm Nebe in a single round and then, as a last minute substitute, upset undefeated Tian Fick in a 12 round war to become South African champion. It is still early days though and we will see if Pretorius can show him a look he hasn’t seen before.

The other bout has 9-0 national junior middleweight champion Shervantaigh Koopman defending a regional IBF belt against 6-1 Jami Webb. Koopman has been matched tough so far and has developed into one of South Africa’s top prospects. Webb for his part dropped a split decision in his last fight to the very dangerous and more experienced Cristiano Ndombassey, so he can hang tough and has some skills of his own. Whether that will be enough to derail Koopman’s momentum remains to be seen.

The undercard will feature two six-rounders. Former cruiserweight, 6-2 Keaton Gomes will take on 3-0 Shaun Potgieter in a heavyweight encounter and 4-0 middleweight Phikelani Khumalo will be looking to improve his record against 8-5-1 Mbiya Kanku.

The card is presented by Rodney Berman of Golden Gloves Promotions.