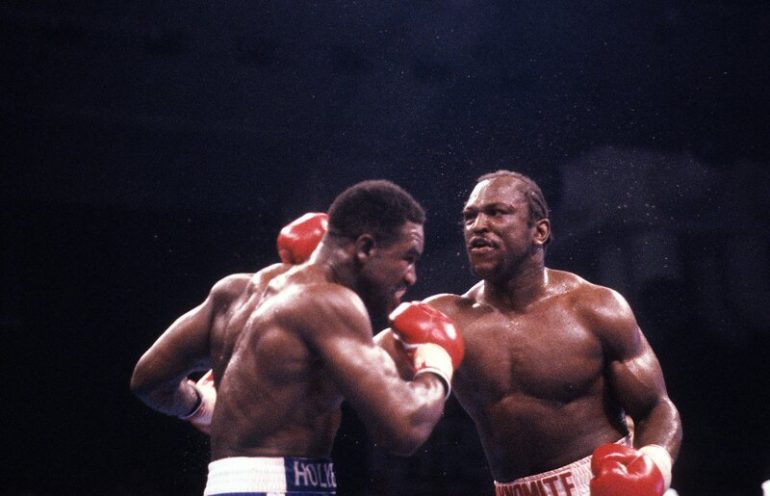 Before “The Real Deal” duked it out with Riddick Bowe, Mike Tyson and Lennox Lewis, he first had to brave a fierce encounter with “Dynamite.”

Unlike Holyfield’s two previous forays into the glamour division, against faded versions of James Tillis (TKO 5) and Pinklon Thomas (TKO 7), Dokes was on red-hot form and unbeaten over the previous five-and-half years.

Not for the first time – and certainly not the last – Holyfield engaged in a thrilling give-and-take battle with his opponent.

Dokes, who hailed from Akron, Ohio, was the much bigger man, and he enjoyed plenty of success, but Holyfield was hungrier, busier, and bursting with power and energy.

The end came in Round 10, when Holyfield scored with a ferocious left hook. Dokes attempted to fight fire with fire, but his legs had buckled and his plight was blood to a shark. Holyfield, who was unbeaten in 20 straight fights, followed up with a devastating attack, and referee Richard Steele intervened just as Dokes hit the canvas. The official time was 1:41.

This was one of the finest heavyweight encounters of the decade.