Newark featherweight Keith J. Colon Is Ready to break out 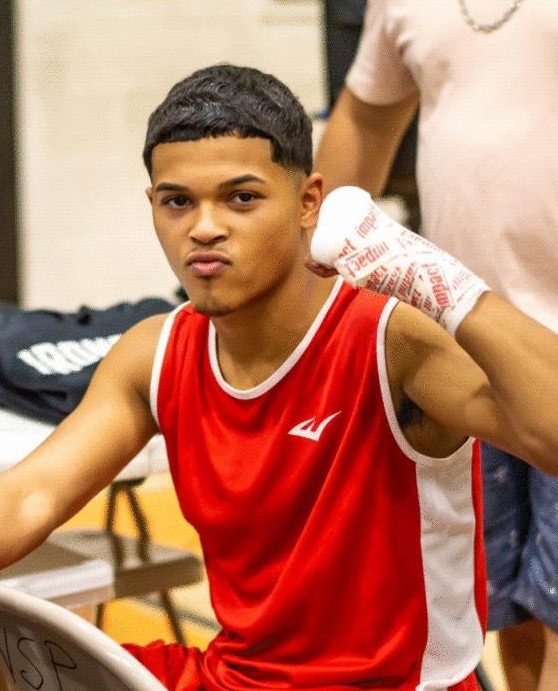 The call would always seem to come the first day of school. To a point that for six years, it was like a ritual. Keith J. Colon was of the short persuasion, with an even shorter fuse. A tap on the top of his head, a shove, a shoulder knock in a school hallway passing by, or a punch in the face would trigger it. Keith J. Colon never walked away. His penchant was to walk towards the fray, regardless of how much larger the other kid was. His father, Keith R. Colon, would get the call from a teacher or school principal that he had to pick up Keith J. again.

He was in another fight.

Keith R. had to do something about it.

Boxing seemed a good remedy to burn off that access energy.

Keith J. can laugh about it now. He’s 19, a freshman at Rutgers with an undeclared major out of prestigious St. Benedict’s Prep in Newark, N.J. He’s still of the vertically challenged persuasion, though as a 5-foot-6, 125-pound amateur, not many will test him today. He’s chalked up a 68-9 amateur record and the antagonism and bullying he endured as a child is behind him, though it doesn’t mean it’s not a part of him. He channels his steam better.

When, not if, he turns pro, he’s going to be a hot commodity for someone to sign.

“I’m not looking to put a time limit on when I turn pro, and until the best opportunity arises, I’ll continue building my resume,” said Keith J., who’s being trained by his father Keith R. “I love boxing. I always have. I still get up at 5 in the morning to run 3-to-5 miles a day. I used to wake my dad up at 4:30 in the morning to work out. What I love most about boxing is that it’s only you in the ring, not anyone else. I would shadow box the days I didn’t train. I always wanted to get better.

“But when I was young, you can say there was a lot of energy, not anger. If I didn’t find boxing and my dad didn’t get me into it, I wouldn’t be where I am, I can tell you that. I don’t know if I would have wound up at St. Benedict’s.”

Keith J. may not have gotten into St. Benedict’s without boxing. 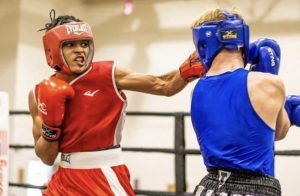 Keith J. Colon may soon be a hot commodity after chalking up a 68-9 amateur record as a 125-pounder. Colon, 19, manages to go to Rutgers fulltime and trains.

“I felt an immediate acceptance when I went there,” Keith J. said. “I didn’t have to accept them, or they didn’t have to accept me. What St. Benedict’s has you do is an overnight. It’s a weeklong, with no cell phones, and you must bring a change of clothes, toothbrush, toothpaste, and what they did was break us down and force us to lean on one another.

“When we walked to class, each person walked with their hands on the shoulders of the person in front of them. You must stay together. They have you walking around every corner of the school, and you have to keep doing it, until you do it right. We had to memorize three songs in five days, and you and everyone had to know it. Boxing shaped my life to have that discipline. Boxing also taught me about planning and sticking with it. You can’t go into a fight, really any fight, amateur or pro, without a strategy. It’s the same thing in life. Boxing has helped me a lot because you have to think before you act. That wasn’t always the case with me.”

What changed it came during Colon’s first day of fourth grade. It’s the last time he got into trouble. He was walking to a class and someone he knew was walking in the opposite direction, and shoulder shoved Colon. The other kid started laughing. Keith J. wasn’t. Keith pushed him back. In the middle of the school hall, they started fighting. A teacher came to break it up, but Keith J. wouldn’t calm down. He hit a teacher by mistake and that caused a big eruption.

Afterward, Colon’s version as to who started it was verified by other classmates. That day his mother, Janet Santiago, picked him up from school. She let him have it as soon as Keith J. sat in the car. Keith R. always taught his son to defend himself, his mother always wanted him to report any bullying to a teacher. A reputation began to build—don’t mess with Keith J. Colon.

“That was it, I didn’t get into another school fight again,” Keith J. said. “Guys in school didn’t mess with me anymore.”

Not many amateurs want to mess with Keith J. in the ring now. He’s still waking up at 5 every morning to run 3 to 5 miles a day. He leads a grueling schedule as a first-year college student at Rutgers-Newark and manages to squeeze in training during the evenings, after he squeezes his brain cells doing homework and on school projects.

“I think I started to mature around sixth grade and I started tournament boxing when I was 15,” Keith J. said. “I still love boxing. Some guys in the amateurs disappear and come back. I never had to come back. I have no definite plans about turning pro, but it is on the horizon. A few people know at Rutgers that I’m a fighter and the ask me how tough it is and some of them ask me if I get paid.”

That could come soon.