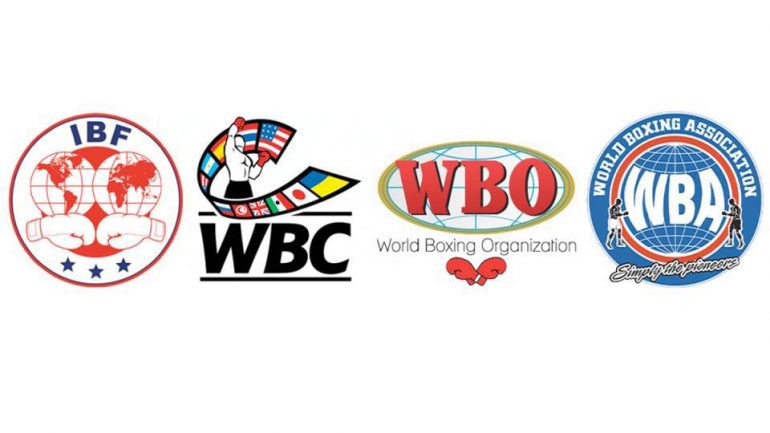 Three of the four major sanctioning bodies announced Tuesday that they would bar boxers who are living in Russia and Belarus from fighting for championships due to the ongoing invasion of Ukraine.

“We will constantly monitor ongoing developments, hoping this situation is resolved soon, to reestablish normal life and activity,” reads the joint statement from the World Boxing Council, the International Boxing Federation and the World Boxing Organization.

The measures would only apply to boxers currently living in the two countries, said Jeanette Salazar, public relations director for the New Jersey-based IBF, speaking on behalf of her organization. She adds that the measures would not apply to boxers like WBC/IBF light heavyweight titleholder Artur Beterbiev, who was born in Russia but lives in Canada and holds dual citizenship.

An email to WBC President Mauricio Sulaiman seeking further clarity was not responded to by the time of this story’s publication.

The statement follows one a day earlier from the World Boxing Association, which laid out its plans in greater detail.

The WBA, which is based in Panama, has taken the extra step of excluding boxers from the two countries from their next list of rankings, a measure which they describe as “temporary” and that would be reviewed monthly. Officials from Russia and Belarus will also not be able to participate in world or regional championship fights, and reserved the right to exclude boxers from rankings who are “in favor of the war.”

Russian boxers will also not be allowed to enter the ring with their flag or have their anthem played or country named in introductions, with the promoters and teams of any boxer doing so being subject to penalty from the WBA.

The WBA measures are less consequential for Belarus, which has few active boxers of note, than it is for Russia, which has a significant presence in several weight classes, including Alexey Egorov, who is the No. 2 rated cruiserweight and resides in Obninsk, Rssia.

Current world and regional titleholders would be exempt from the measures, the WBA clarified via Twitter.

All four sanctioning bodies had previously announced that they would not be sanctioning any title fights in Russia during the invasion of Ukraine, which began last Thursday and has led to hundreds of deaths in the country.

The announcement casts a shadow over the May 7 bout between WBA light heavyweight titleholder Dmitry Bivol and Saul “Canelo” Alvarez. Bivol (19-0, 11 knockouts) was born in Kyrgyzstan to Moldovan and Korean parents, but lives in Russia, and has the Russian flag waved behind him prior to fights.

A press conference to announce the fight is scheduled for Wednesday, March 2 in San Diego. A source with Matchroom Boxing, which will co-promote the fight with Canelo Promotions, tells The Ring they have been given “no indication that the fight is not for the WBA world title.”

A number of Ukrainian boxers have taken up arms in defense of their country, including Hall of Famers and former heavyweight champions Vitali and Wladimir Klitschko, who were included in a hit list of Ukrainian figures who were reportedly being targeted for assassination by Russian mercenaries, according to British outlet The Times.

In addition to Bivol and Beterbiev, Russia also boasts WBA “regular” welterweight titleholder Radzhab Butaev, the California resident who is scheduled to defend his belt on April 16 against Eimantas Stanionis on the undercard of the welterweight unification fight between Errol Spence Jr. and Yordenis Ugas in Arlinton, Tex.