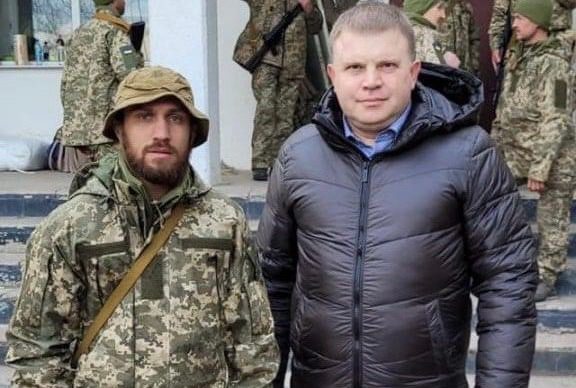 Before Vasiliy Lomachenko can challenge for the lightweight championship, he first must defend his homeland.

The former three division world champion has enlisted in the Territorial Defense Battalion of his hometown, Bilhorod-Dnistrovskyi, Lomachenko announced Sunday on his Facebook page. The 34-year-old posted a photo of himself carrying an M16 assault rifle in fatigues alongside Bilhorod-Dnistrovskyi mayor Vitaliy Grazhdan, just days after Russia invaded Ukraine.

Lomachenko (16-2, 11 knockouts) had been in Greece when the invasion began, but returned to his home country to take up arms. Bilhorod-Dnistrovskyi is located in the southwest part of Ukraine, about two hours outside of Odessa.

Lomachenko has won two straight fights since losing the lightweight championship by decision to Teofimo Lopez in October of 2020. Afterwards he underwent surgery on a torn rotator cuff before returning to the ring in June of 2021 with a ninth round stoppage of Masayoshi Nakatani.

Vasyl Lomachenko has now joined up for territorial defence in his homeland of Ukraine 🇺🇦 #StandWithUkriane pic.twitter.com/ExoNKXffaj

Lomachenko, who won gold medals at the 2008 and 2012 Olympics, appeared in prime form in his last bout, dominating former titleholder Richard Commey in a unanimous decision win at Madison Square Garden.

The Top Rank-promoted Lomachenko is considered the frontrunner to challenge Lopez conqueror and undisputed lightweight champion George Kambosos Jr. in June in Australia, according to ESPN.

“Hey champion, we have made the best offer for you. We are waiting for your decision,” Lomachenko tweeted to Kambosos on February 5.

(READ: Klitschko Brothers, Oleksandr Usyk speak out against Russian invasion: ‘We have to stop this war’)

Lomachenko is the latest Ukrainian boxing figure to take action after Russia invaded their country. Former heavyweight champions Vitali and Wladimir Klitschko have called on the international community to do their part to deter Russian forces and Russian President Vladimir Putin.

Vitali, 50, is the mayor of Kyiv, the Ukrainian capital, and said “I don’t have any choice” but to take up arms against Russian military if need be. Wladimir, 45, had enlisted in the Ukrainian Reserve Army just weeks before the invasion.

All four of the major boxing sanctioning bodies vowed Saturday to withhold sanctioning any boxing events in Russia for the duration of the Russian invasion.