Brandon Valdes steps in to face Jordan White on Saturday 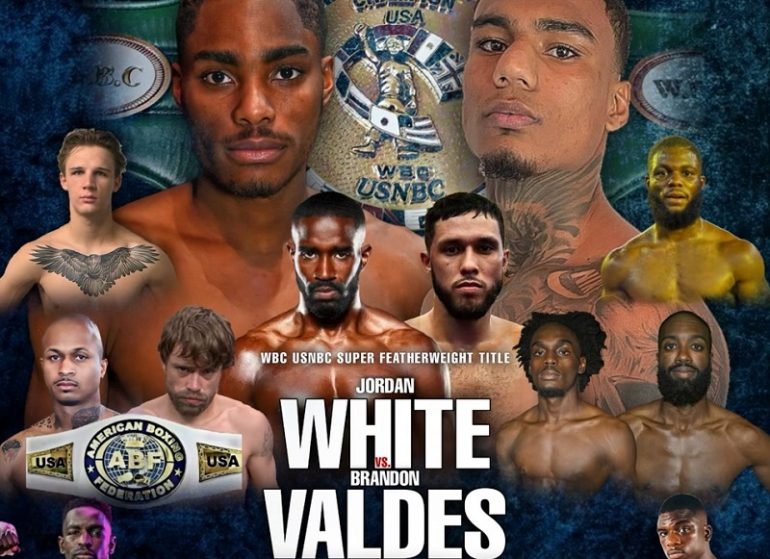 For some fighters, taking a fight on short notice can pay off in the long run. Brandon Valdes and his team are confident a win against a once-beaten prospect Saturday night can open the doors to more opportunities.

Valdes will face Jordan White in a 10-round bout at Maryland Live Casino, in Hanover, Maryland. A regional title belt and a top-15 ranking will be on the line.

The 23-year-old, who is originally from Barranquilla, Colombia, and now lives and trains in the Los Angeles area, replaces Gadwin Sosa. Valdes is moving up in weight to 130 pounds after fighting a majority of his recent fights at featherweight.

Manager Cesar Garcia, a former pro fighter based out of Los Angeles, stated that Valdes was already training for a fight and will not have to exert himself from losing weight for Friday’s weigh-in.

“Brandon was already training for a fight next week that got postponed,” Garcia told The Ring Wednesday night. “The fighter withdrew from the fight but Brandon had already put weeks into that training camp. The next day, I was approached about this fight in Maryland against White. After discussing with Brandon and his trainer, we felt that it was a good opportunity for us and a fight we could win, so we took it.”

Valdes (14-2, 7 knockouts) reeled off 13 straight wins since his pro debut in March 2016. He suffered his first defeat as a pro in August 2020, losing by unanimous decision to fringe junior featherweight contender Ricardo Espinoza. Less than four months later, he gave a good account of himself before losing by stoppage to featherweight prospect and two-time Olympic gold medalist Robeisy Ramirez.

In his most recent bout on September 11, Valdes defeated journeyman Adalberto Garcia Covarrubias by unanimous decision.

Despite recent setbacks, Valdes is confident he can come out victorious Saturday night and move into contender status at 130 pounds.

“I did have those two losses but I learned a lot about myself,” Valdes told The Ring. “I believe I corrected my mistakes and became a better fighter because of it. I know I have challenges, especially who I will be facing in Maryland, but I feel stronger at this weight. I want to give the fans there a show but I will be at my best to come out victorious. I want people to know this is a new Brandon Valdes that they will see Saturday night.”

White (12-1, 10 KOs), who resides in Washington DC, won by stoppage in his most recent bout on October 23 when opponent Joe Perez remained on his stool after Round 6. In his most notable bout, which took place on a “ShoBox” telecast on March 10 of last year, the 24-year-old dropped Misael Lopez twice en route to a stoppage win in Round 6.

In the co-feature, hard-hitting super middleweight Demond Nicholson (24-4-1, 20 KOs), of nearby Laurel, will square off against Atlantic City’s Gabriel Pham (15-2, 8 KOs) in a 10-round bout.