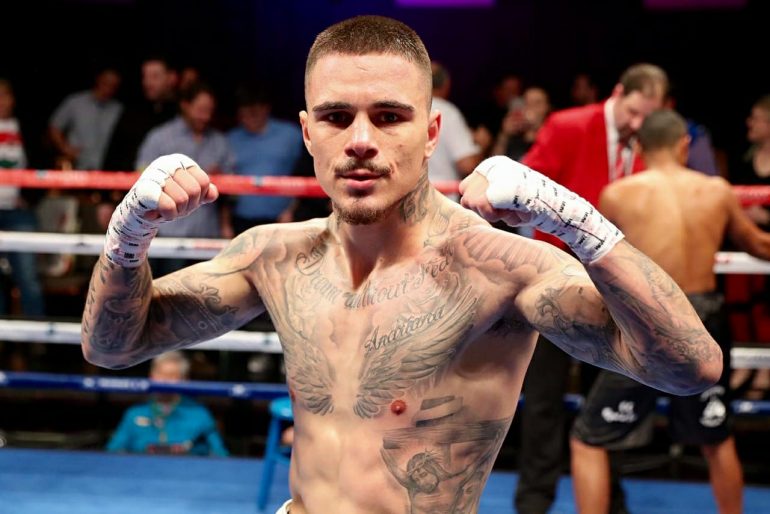 George Kambosos Jr.’s inaugural title defense as the undisputed Ring lightweight champion could occur between Vasiliy Lomachenko or Devin Haney, though the Ukrainian is heavily-favored to land the fight.Kambosos (20-0, 10 KOs), 28, is set to return in a hometown title defense on June 5 at Melbourne, Australia’s Marvel Stadium.ESPN’s Mike Coppinger, who first reported the story, noted that Lomachenko is “the clear front-runner.”This comes days after Boxing Scene reported that Kambosos’ promoter, Lou DiBella, stated that they have moved on from the Haney fight. The 61-year-old claimed he initially made an offer to Hearn, who then countered with a less than appealing proposal.“I made an offer to him [Hearn] over a month ago. Within an hour of one another, I made the offer to both DAZN and Eddie. DAZN told me Eddie would counter the offer. Eddie countered the offer [on January 28] with something that was beyond insulting,” DiBella stated. But I’m not gonna talk about the details of our discussions because I don’t believe in negotiating in the press. And I’m not going to engage in a back-and-forth with someone who is just bold-faced lying.“Eddie is going around saying he never received an offer from us, when the people who he does business with at DAZN, who are his benefactors, 100-percent know that he’s not telling the truth. If I didn’t see this article in writing, I would’ve kept my mouth shut. But he’s lying all over the place, and I’ve had enough of it. I’m tired of all the happy bullshit. And you can quote that. I’m tired of all the happy bullshit”, added DiBella.Lomachenko (16-2, 11 KOs), who has won world titles at 126, 130, and 135 pounds, is coming off back-to-back one-sided victories over Masayoshi Nakatani and Richard Commey since losing his unified lightweight championship to Teofimo Lopez, who then lost the belts himself to Kambosos in his first defense on November 27 in New York.The 23-year-old Haney (27-0, 15 KOs), who was born in San Francisco but trains in Las Vegas, has won four consecutive bouts by unanimous decision, including a solid outing on December 4 against former junior lightweight titlist JoJo Diaz.But if DiBella’s statement is any indication, Haney is likely the odd man out.