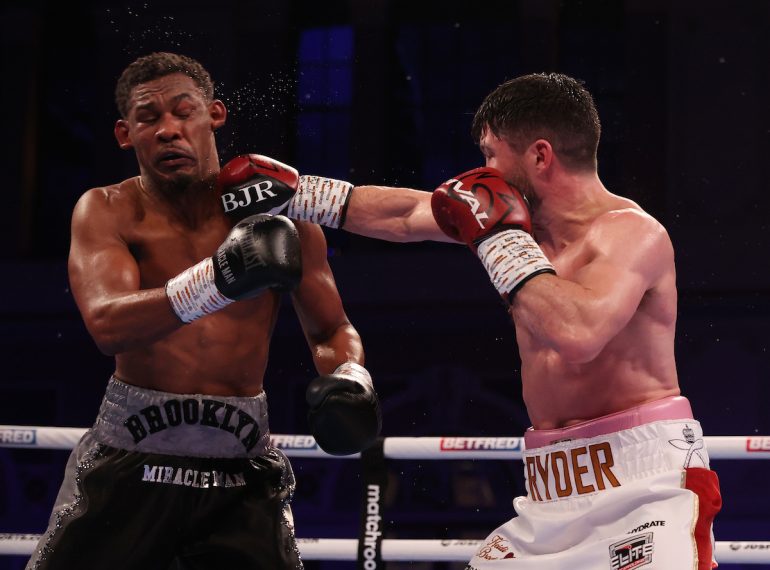 John Ryder moved towards his dream of another world title shot with a shock split decision win over Danny Jacobs at London’s Alexandra Palace on Saturday.

Ryder won by two cards of 115-113 with one judge voting the same way for Jacobs, who seemed to sweep the early rounds before tiring and letting Ryder back in to the fight.

“It feels like a coming out party after 12 years in the game,” said Ryder, now 31-5. “I thought on the cards, I nicked a few of the early rounds and it was quite convincing. I think I hurt him in round eight… Listen, we got the win. That’s the most important thing.”

Jacobs, who drops to 37-4, was accurate early on, landing straight rights to the body and head. There was a clear difference in speed.

The New York veteran was trying to keep the contest long and was often held when he got close. Jacobs landed a solid left hook from the southpaw stance in the second and he was looking good and dangerously sharp.

Styles weren’t blending for a thriller. By the fourth, the crowd at Alexandra Palace was becoming muted and Ryder could have been accused of giving Jacobs too much time or, possibly, showing him too much respect.

The stakes were high. Ryder said beforehand that he couldn’t envision stepping down to domestic level or to eight-rounders while Jacobs thought a win would put him within one fight of a title shot at 168 pounds in his bid to become a two-weight world champion.

Ryder was more aggressive in the sixth but the American scored with an eye-catching right hook and a straight right behind a double jab.

By the half-way mark, Ryder had a mountain to climb. 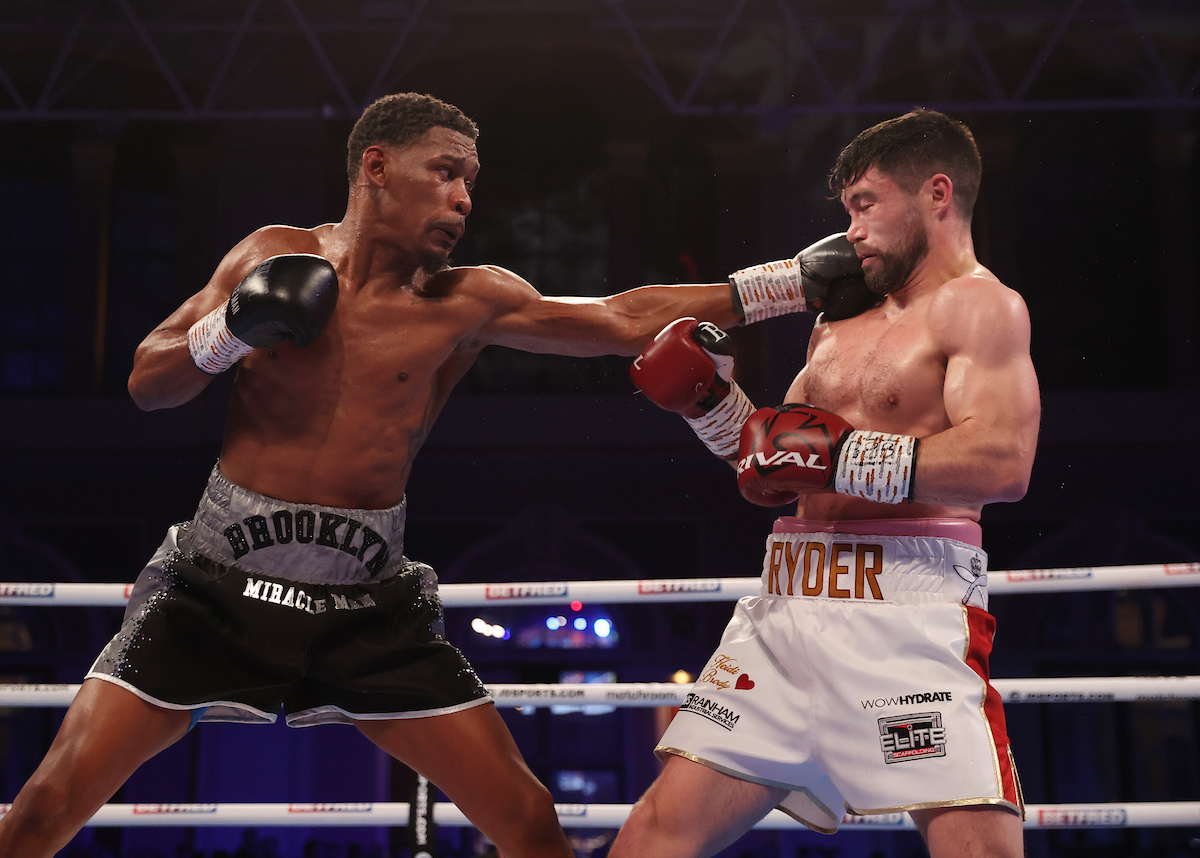 There were fireworks towards the end of the seventh, however, and while Ryder enjoyed his most success in the fight up to that point, it came at a cost as Jacobs managed to find some gaps in Ryder’s wider attacks. That said, it was the first time Jacobs had lost his poker face and near the end of Round 8, Jacobs seemed to be in real trouble as Ryder began to grind away with both hands, beating Jacobs to the punch and increasing his volume.

The zip seemed to have deserted Danny’s punches while Ryder was buoyed.

The crowd had come to life. Ryder was behind on points but in the ascendency and Jacobs was still having moments of joy with occasional left hooks and right hand but the fight had been flipped on its head.

There wasn’t much between them in rounds 10 and 11. Ryder was still moving in but Jacobs was on his toes and working behind his jab, picking up some points.

It was enthralling stuff.

“It’s your fight now,” said Ryder’s trainer, Tony Sims, in the corner before the last round.

The 12th was scrappy, both were still trying to catch the eye with big shots, but plenty missed and there was a lot of untidy grappling as the clock ran out and Ryder took the decision.

Many felt Jacobs deserved the nod, and he departed the ring before he could be interviewed leaving a jubilant Ryder to celebrate.