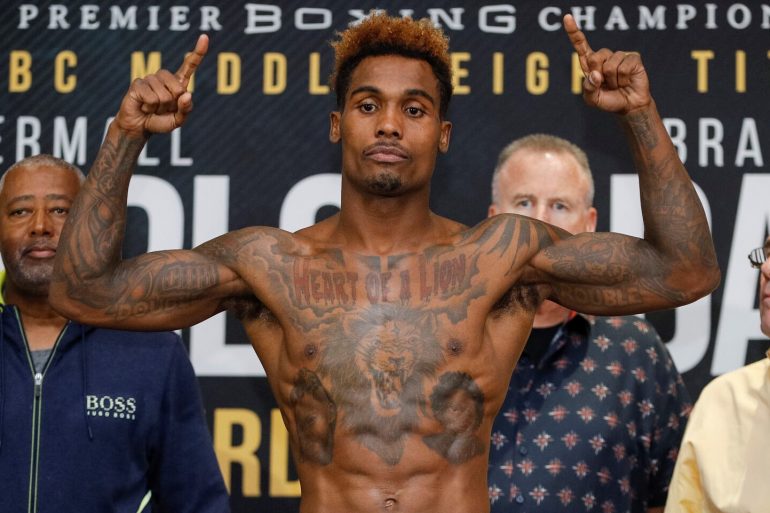 It’s been only one week since WBC middleweight titlist Jermall Charlo had his previous case dropped due to lack of evidence, and he’s in trouble with the law again.

TMZ reported that Charlo, rated No. 2 at middleweight by The Ring, has been arrested on Friday in Texas under a warrant issued by the Fort Bend County Sheriff’s Office.

The 31-year-old Charlo, who has been rumored to be on a short list of potential opponents for Canelo Alvarez in 2022, was “booked on a felony charge of assaulting a family/household member with a previous conviction. His bond was set at $10,000, though records show he’s still in custody,” according to TMZ.

In his previous arrest last year, Charlo had been taken into custody after being accused of stealing money from a waitress and causing serious disturbances in an establishment in San Antonio back in August 2021.

This prior record, however, and other precedents could mean that Charlo may face jail time if found guilty of the current charges.

Charlo (32-0, 22 knockouts) is the twin brother of junior middleweight Ring champion Jermell Charlo, who fights Brian Castaño on March 19 in Los Angeles. Jermall is coming off a victory over Juan Macias Montiel back in June 2021, and has no fights planed ahead since he was presumably clearing his schedule for a potential lucrative bout with pound-for-pound king and Ring super middleweight champion Canelo Alvarez.