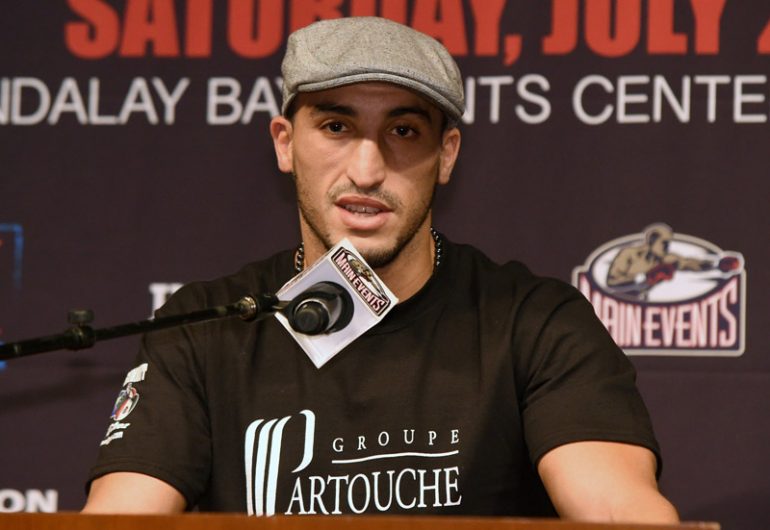 The 10-round bout will take place at Casino de Montreal in Montreal, Canada and will stream live on punchinggrace.com.

Mbilli (20-0, 18 knockouts), originally from Cameroon and now residing in Pornic, France, is ranked No. 8 by The Ring at 168 pounds. After relocating to Montreal to work with trainer Marc Ramsey in February 2017, when he turned pro, Mbilli has built an unbeaten record by defeating solid opposition thus far.

In his last bout on December 11, Mbilli defeated contender Ronald Ellis by decision over 10 one-sided rounds. Less than three months before the win over Ellis, Mbilli stopped Ronny Landaeta in round 3.

Mohammedi (44-8, 27 KOs), who is originally from Algeria and now resides in Gardanne, France, stopped journeyman Artem Karasev in round 4 of his last bout on September 25. He has won his last three bouts since losing to unbeaten Evgeny Shvedenko by unanimous decision.

In his most notable fight as a pro in July 2015, Mohammedi was stopped by then-unified light heavyweight titleholder Sergey Kovalev. The 36-year-old has also lost to Oleksandr Gvozdyk, Fedor Chudinov, and Vladimir Shishkin.

In the co-feature, junior middleweight prospect Artem Oganesyan will square off against Stephen Danyo in a 10-round bout.

Ogaensyam (12-0, 10 KOs), who is originally from Russia and now resides in Montreal, has stopped seven of his last eight opponents, including a victory over previously-unbeaten Damian Sosa in March 2019. He is also trained by Marc Ramsey.

Danyo (20-4-3, 7 KOs) has won his last three bouts since losing to unbeaten prospect Sadriddin Akhmedov on January 29 of last year. The 32-year-old from Rotterdam, Netherlands has won four of his last five bouts.