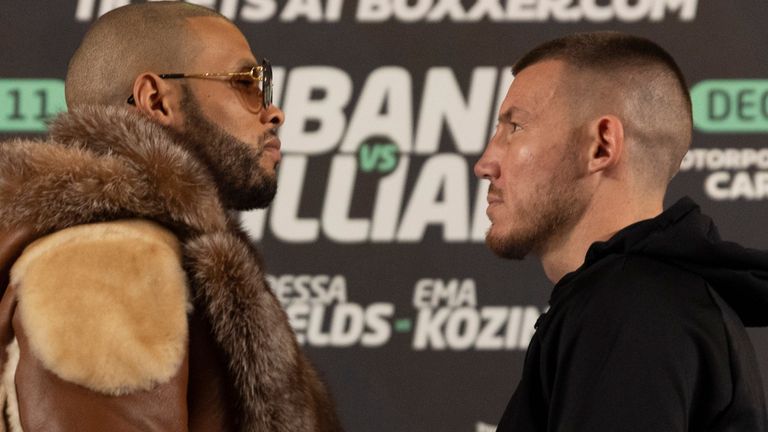 Chris Eubank Jr. scored four knockdowns en route to a 12-round unanimous decision over Liam Williams at the Motorpoint Arena in Cardiff, Wales on Saturday.

Both middleweights entered the arena to a rousing reception. The action started quickly, Williams (23-4-1, 18 KOs), The Ring’s No. 10-rated middleweight, looked measured and landed some jabs and combinations but was countered and dropped late in the opening round while coming forward. Although the 29-year-old Welshman immediately got up he was clearly rattled.

Midway through Round 2, Eubank added to his lead, dropping the hometown favorite with a two-punch combination. Again, Williams got to his feet and looked to battle back.

Williams started to work his way into the fight late in the round, landing a good combination that let Eubank know he won’t have it all his own way.

Williams started Round 4 well, landing a couple of clean shots. But Eubank smiled and goaded Williams, who landed a jab and appeared to slip to the canvas, however, it was ruled a knockdown. Eubank continued to talk to Williams.

Williams had his success while Eubank did more talking than punching, doubling down for solid rounds despite his face getting cut and marked up.

Eubank’s workrate was noticeably slow in the middle rounds. Williams looked to rough Eubank up and at times the fight was sloppy with both men flailing at each other.

The Williams resurgence continued as the aggressor and doing most of the work, while Eubank stayed on the back foot, waiting for the right moment to make something happen.

After taking some rounds off Eubank regained his groove and enjoyed his best round for a while in the tenth. Williams touched down for the fourth time in the 11th. It appeared to be more of a slip but Williams protested to no avail.

Eubank played it safe, fighting on the back foot down the stretch. Williams, whose right eye was almost closed, continued to barrel forward until the final bell.

With the domestic victory, Eubank seems ready to move onto bigger and better things, while Williams will need to rebuild.