Jamie Mitchell crawled from the depths to become a world champion 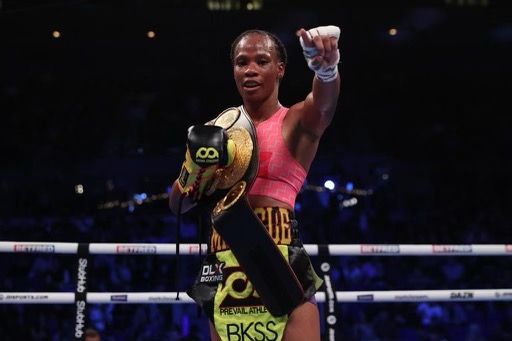 Everyone has their depths. Some are far deeper, far more expansive, far more depraved than others. This was Jamie Mitchell’s nadir, this was where she was literally going to crawl from in her young search to make a life for herself: stooped over a toilet, cupping water out of the bowel because she had nothing to drink.

She was a four-year-old living in a foster home in California. She slept in a corner, was once beaten by a plunger stick, slammed on the side of the head with football cleats and threatened that if she ever spoke up, she would be beaten up again. Her breakfast choices were sour milk with her cereal. She would grow so thirsty that she resorted to drinking toilet water.

She grew so violent that at 16 she was expelled from California and banned from ever re-entering the state until she turned 18.

Can British southpaw Carly Skelly (4-0-1) present the 37-year-old WBA bantamweight titlist with any terror in the ring that she hasn’t faced in her life?

We’ll see Saturday night on the DAZN (8 p.m. ET/ 5 p.m. PT), when Mitchell (7-0-2, 4 KOs) makes the first title of the WBA belt against Skelly on the undercard of the Carlos Cuadras-Jesse Rodriguez main event for the vacant WBC world junior bantamweight title from the Footprint Center in Phoenix, Arizona.

“You did what you had to do to survive, because I’ve been beaten, and I had my foster mother’s boyfriend fill my bottles with beer,” recalled Mitchell, who bounced from three juvenile detention centers as a teenager for various violent offenses. “I just remember being so f—g thirsty that I used to literally drink toilet water. I used to get beat, held down in the kitchen like a dog.

“I was always fighting. I always did well. When me and someone else tried to escape from a juvenile center, I smashed a security guard’s head into a pole when she tried to stop us. We didn’t get very far. The police came to get us. I did two-and-a-half years in juvenile hall and when I became a problem there, they sent me to Texas and I was told not to return to California.”

Mitchell discovered boxing while in Texas. She learned how to cook. She learned how to box. She already knew how to fight. That’s when she began getting her life together. She liked boxing. She was also warned that if she acted out boxing would be taken away from her.

“I started boxing because this girl called me the n-word and I told her that I was going to get her,” Mitchell said. “I snuck into her room and we started fighting. I broke her jaw. The owner of the facility where I was staying approached me about what they could do to calm me down.”

Mitchell told him that she wanted to box. She had an instant love for it. The other fighters where she trained began calling her “Mike Tyson’s daughter.” As Mitchell got older, she returned to California searching for a life path,

Even though she did dumb things, she freely admits, Mitchell was never dumb. She had a temper, though the times she did attend school, she produced sound grades.

“What got me right was getting older and realizing that if I continued doing those things, I was heading to f—g prison, that’s what got me right,” Mitchell says today. “Being free, after doing my time in Texas, and boxing showed me something new became my first love.”

Mitchell went to college when she was 19, and got into personal training. While she did that, she started to box.

At 5-foot-2, Mitchell is Ann Wolfe’s “Mini-Me,” and she’s the only woman Mitchell would ever let train her. She’s actually trained by Dewey Cooper and managed by Split-T Management under the guidance of Team Empire’s Brian Cohen.

“Skelly seems pretty confident, but I don’t know if she realizes the reality of the situation,” Mitchell said. “I know she’s game and she’ll be in shape. She is confident, and we’ll need to figure out and instill in everyone in her corner what makes me special.

“In boxing, everyone is tough.”

But in boxing, not everyone grew up subsisting on toilet water as a child and carries the scars from being beat on the side of the head with football spikes.