Filipino prospect Criztian Laurente has ex-champ Penalosa behind his career 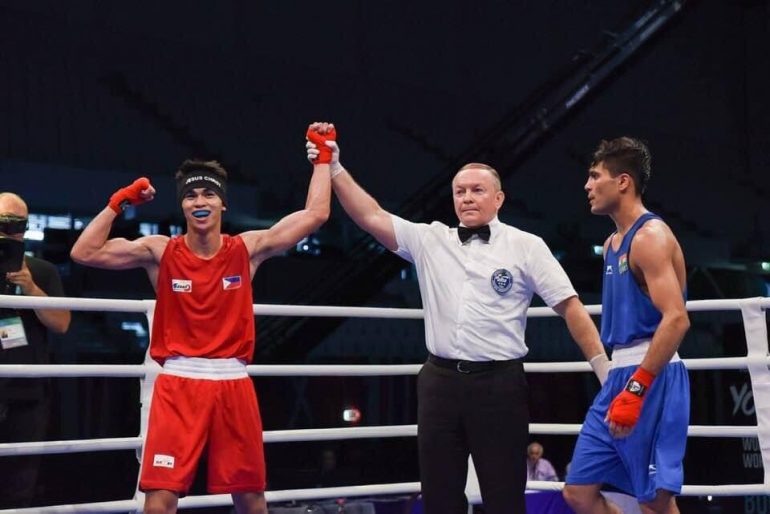 Laurente celebrates a victory after defeating an Indian opponent at the AIBA World Youth Championships in 2018.
03
Feb
by Ryan Songalia

Criztian Pitt Laurente is a southpaw boxer-puncher from the Philippines with a penchant for body punching. His promoter, Gerry Penalosa, notes the similarities to himself, and is excited to see the 22-year-old junior lightweight develop.

“I believe in his talent. With proper guidance, he is a future champion,” said Penalosa, himself a former junior bantamweight and bantamweight world champion, who is regarded by Freddie Roach as the best technical boxer the Philippines has ever produced.

There’s a lot to like from Laurente so far. He has accrued a record of 8-0 (5 knockouts) since turning professional in 2019, with wins over experienced foes like Ernesto Saulong (unanimous decision) and Ernie Sanchez (fifth round stoppage). Prior to that, Laurente was one of the most accomplished amateurs in the country, making the national team in 2015 and competing abroad, winning silver at the 2018 ASBC Asian Youth Championships in Thailand, and earning a bronze at the 2018 AIBA World Youth Championships in Hungary.

Penalosa hopes to see where Laurente’s development is when he faces Vicente Casido (6-3-1, 2 KOs) in an eight round bout this Saturday in Bogo, Cebu, Philippines on a card that will be televised domestically by One Sports. 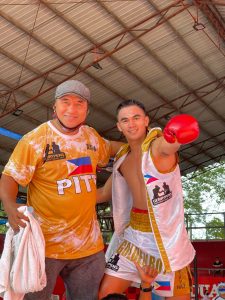 Laurente with his father/trainer Titing.

Laurente, who hails from Manny Pacquiao’s hometown of General Santos City, first picked up Taekwondo as a child, but was intrigued by boxing at age 9 after seeing other kids his age practicing his neighborhood.

He is trained by his father, Cristino “Titing” Laurente, who has another son named Criz Sander Laurente who fought once as a pro in 2018.

Like many Filipino boxers, Laurente is driven by the desire to improve his family’s fortunes in this world. He recalls his father’s struggles as a tricycle driver to put food on the table for his four children, and hopes that boxing will break the cycle of poverty.

“My life is getting better compared to when I was starting boxing, but not too much,” said Laurente.

“Thats why I keep going. Because I don’t want to go back to that kind of life.”

Penalosa, who previously promoted his nephews Dodie Boy Jr. and Dave Penalosa, as well as junior lightweight contender Michael Farenas, says he likes that Laurente has speed and power, and is comfortable boxing or fighting. He says that the plan is to have Laurente fight for a Philippine championship soon, and then gradually increasing his level of competition.

For Laurente, having a fighter so highly accomplished as Penalosa guiding his career makes him feel good about his future in the sport.

“I’m so blessed that he promotes me. He gives me advice because he is a boxer too, and he knows what to improve,” said Laurente.