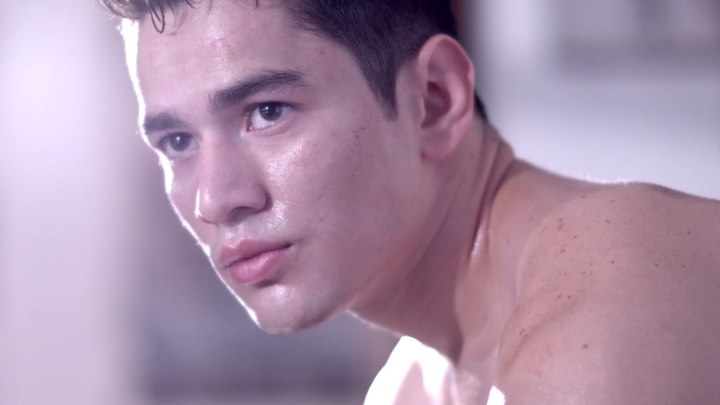 Giron was scheduled to fight Luis Melendez, but that bout was scrapped after Giron came in five pounds over the contracted weight of 132 pounds. Cabrera, who was already scheduled to appear on the undercard, agreed to step in to fill the void.

Tonight will mark Cabrera’s first fight since October 2019, when he defeated Joshuah Hernandez by split decision. He had been out of the ring since due to managerial and promotional issues, therefore signing a new deal with Top Rank was a welcome change of fortune.

“[Between] 2016 and 2019, I fought 18 times and won those fights,” Cabrera (18-0, 7 KOs) told The Ring earlier this week. “I thought beating an Olympian (Luis Porozo UD 10) on ShoBox would open more doors, but that didn’t happen. It was frustrating to sit back and watch others move forward with their careers.

“Signing with Top Rank was a dream come true. I wanted to sign with them. I was glad the chips fell into place to receive a contract with them. To have someone like Bob Arum promote the likes of Muhammad Ali; to be a part of the same promotional company that has promoted great fighters and champions was a step in the right direction for my career.”

Cabrera was also able to seek out the services of acclaimed trainer Freddie Roach, and he relocated to Southern California in order to be near the Wild Card gym.

One major benefit of teaming up with Roach was being able to spar Manny Pacquiao. Cabrera was not only grateful for the opportunity to train alongside the Filipino icon, but he was able to see firsthand what made him so special.

“I saw the way Manny carried himself in and out of the ring,” said Cabrera, who is managed by Steven Feder. “He focuses on what needs to be done. I like fighting a fast-paced fight the same way Manny does. I don’t take breaks in the ring. What I also admire is he doesn’t have any distractions outside the ring. Being around him has elevated my game. All that I learned from Manny will stay with me.

“Seeing what Freddie did with (newly-crowned WBC featherweight titleholder) Mark Magsayo gives me confidence that my career is moving in the right direction. It’s made me more focused and hungrier. I studied Manny’s career and it pushed me more to get into boxing. Who trained Manny? Freddie! I train the same way Freddie trained his fighters, including Manny. I want to continue being aggressive and fighting a high-paced fight. Freddie and I have matched well with each other. I like going for the knockout or sitting down on my punches.”

Cabrera believes that a win on Saturday would put him among the elite at 135 pounds. He hopes 2022 can be a breakthrough year and that he can make up for lost time.

“I think I am among the best lightweights in the world,” said Cabrera. “I feel I’m in the top 10. I’m big and strong. I have a high ring IQ. I want to fight some of these fighters: Ryan Garcia, Devin Haney, Gervonta Davis. They’re all in my sights.

“I have a lot to prove to myself.”