Sergio Martinez steamrolls past Macaulay McGowan over 10 rounds in Madrid 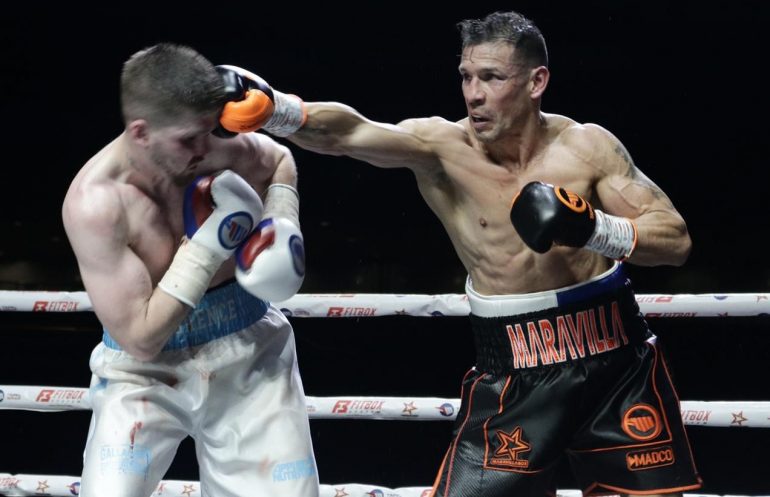 Fighting for the fourth time since he launched his comeback in 2021 at the age of 45, former middleweight champion Sergio Martinez improved to 55-3-2 (30 knockouts) with a one-sided decision win over England’s Macaulay McGowan (14-3-1, 3 KOs) at Madrid’s Wizing Center this Thursday, January 27th.

In the first round, Martinez overcommitted to a straight left from his usual southpaw stance and ended up falling to the canvas close to his own corner, but displayed flashes of his old self after getting up, masterfully walking the ring and landing the most telling punches. In the second, McGowan attempted to keep Martinez on the retreat by circling around towards his own left but found out that Martinez’s speed was much better than what he expected, receiving a few crisp right jabs and solid left crosses from Martinez.

McGowan landed his first meaningful combination, a one-two that put Martinez on defensive mode, midway through the third round. But Martinez waited patiently to respond with a few pull counters that earned McGowan’s respect and earned him the round.

In the fifth, McGowan found his range and pressed the action to force Martinez to the infighting, but Martinez broke free of the pressure and found a few good landing spots for his straight hands to the body and head, staying in control of the bout.

A bloody nose and a few excessive clinching by McGowan in the sixth told the whole story. Martinez stalked his prey throughout the ring displaying great footwork to win the round. 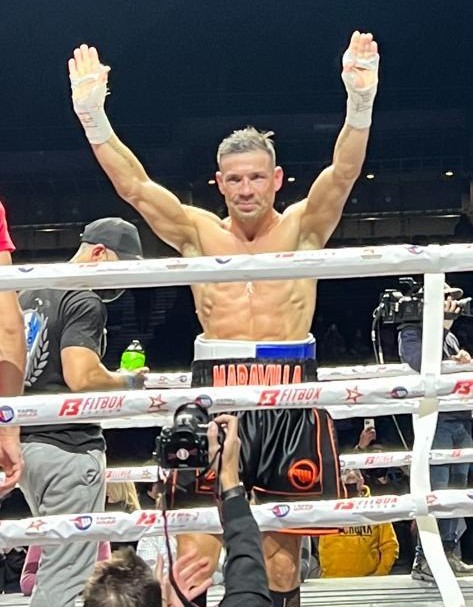 The seventh was pure target practice for Martinez until he landed a demolishing straight left to the body that sent McGowan to the canvas. He promptly got up at the count of five but was chased around by Martinez until the final bell. An awkward backhand uppercut sent McGowan reeling backwards towards the end of the eighth. Without much to offer, Martinez still had more than enough to handle an increasingly frustrated McGowan.

In the ninth, a left cross by Martinez caught McGowan flush in the face as the English fighter was moving in completely unguarded. McGowan was attempting an all-out effort up to that point, but the punch stopped him dead on his tracks. With only seconds left in the final round, Martinez landed yet another demolishing straight left to McGowan’s face, dropping him right on his own corner for the second knockdown of the fight.

The scorecards were 98-90 and 99-89 (twice) for Martinez, who remains ranked at No. 3 by the WBA and hopes for a late-2022 title shot against Ryota Murata or even Gennadiy Golovkin.

“I won’t stop until I get that world title!” screamed Martinez after grabbing the announcer’s microphone as soon as the decision was announced.

A native of the Philippines who moved to Norway at an early age and developed his career there, Torres had a great amateur background and it showed. Even though Perouene had an outburst in the sixth and looked competitive during the first half of the bout, Torres was methodical and superior. Torres’ superb athletic conditioning also made the difference in what ended up being a war of attrition, with Perouene putting it all on the line and fighting through a few facial lacerations that splattered blood all over his body.

Despite his spirited late rally, however, Perouene couldn’t bridge the gap in terms of technical prowess and athleticism offered by Torres. All three scorecards were 96-94 but only one of them went to Perouene, who thus fell by majority decision and goes back to his native Argentina with a record of 14-5-1 (6 KOs). Torres improves to 16-0 (7 KOs).

Earlier, Brandon Moreno defeated Alejandro Torres by a wide unanimous decision in six rounds. Torres tried to stalk the taller Moreno around the ring but was counterpunched into submission throughout the proceedings. Moreno improved to 7-0 (4 KOs) while Torres dropped to 2-8 (1 KO).

Also, Andrii Boryshpolets stopped journeyman Jose Aguilar in the sixth and final round of their junior welterweight bout. Aguilar was dropped in the second round and was thoroughly outgunned by the Ukranian prospect, who improved to 8-1 (4 KOs), while Nicaragua’s Aguilar drops to an unbelievable 16-87-5 (5 KOs).

In the first televised fight, Elianel Guerrero dominated Hermin Isava over four rounds in a junior welterweight bout. The taller and rangier Guerrero connected at will from a distance and had Isava on the ropes during most of the fight, dropping him in the third round to secure a unanimous decision win.