Xavier Martinez is taking stock in a victory over Robson Conceicao 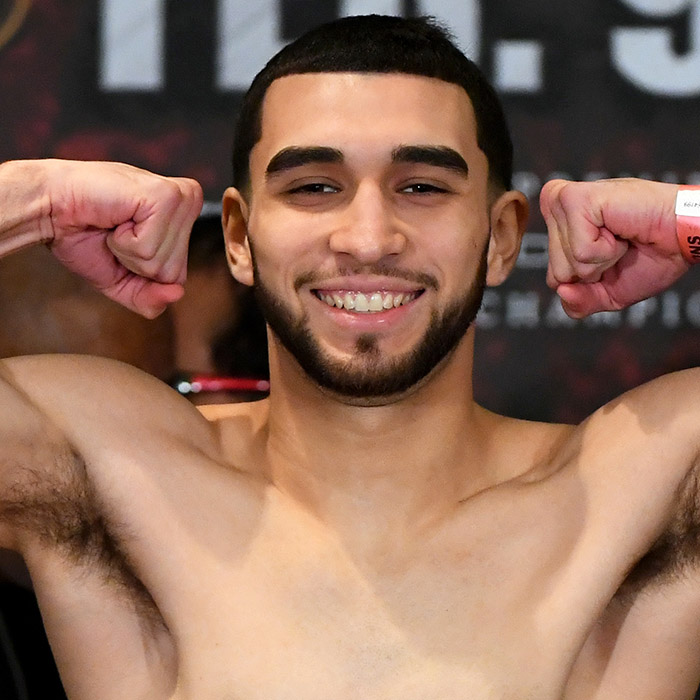 She’s his mini-me, without the beard and pencil-thin mustache, laughs Xavier Martinez. The birth of his daughter Mila, now a seventh-month-old, has changed his life. He’s trading stock during the day, rocking his baby girl to bed at night, and in the middle of it all he trains.

It’s all added up to a better, more patient, more motivated fighter, Martinez says, than he’s ever been.

That’s exactly what Martinez intends to do Saturday night in the 10-round junior lightweight main event against 33-year-old Robson Conceicao from the Hard Rock Hotel Casino in Tulsa, Oklahoma, live on ESPN & ESPN Deportes (simulcast on ESPN+ at 10 p.m. ET/7 p.m. PT).

Conceicao, ranked No. 10 by The Ring at 130, gave undefeated WBC 130-pound titlist Oscar Valdez a test back in September, losing by unanimous decision.

The 24-year-old Martinez (17-0, 11 knockouts) is ranked No. 9 by The Ring and is coming off victories against world title challenger Juan Carlos Burgos and came off the canvas twice to beat Claudio Marrero, who held an interim title.

“I fight for my family now, and I’m doing what I love to do, so it’s not really a job,” said Martinez, who started boxing when he was seven. “I have no tattoos of my daughter, but my girlfriend sends me pictures of her every day. It makes things go by easier, especially when I’m on a diet (laughs).”

Mila, Martinez admits, will be on his mind as he drives to the arena on Saturday night. That situation will change when gets to the arena dressing room. That’s when he needs to raise his edge and concentration.

He knows when it’s time to put his rage mode on.

“I’m going to get a better Robson than Valdes did. Robson is 33. He’s fighting for his career. I know I have speed and power over him. Anyone can hurt you in boxing, but I have seen him on film and I know he has a lot of flaws.”

Conceicao (16-1, 8 KOs) is a former Brazilian Olympic lightweight gold medalist, He began his pro career in 2016 with a 16-0 mark, before losing to Valdez.

Martinez began day trading stocks in 2019 and wakes up around 5:00 a.m. PT to prepare himself for trading. He trains and run in the evening. This is his first training camp away from his Sacramento, California, home.

“One thing I learned about stocks that I can apply in the ring is that I’m impatient,” Martinez said. “You learn not to chase things. I’ve done pretty well with the trading. Over the last couple of weeks, I’m doing better. I’ve made some money with it, and lost some money with it.

“I learned the keys to control my emotion is not to get too high or too low. When you trade stocks, it’s very mental. Trading stocks have made me more patient. That will translate into my fights. This is my step towards becoming a world champion.”