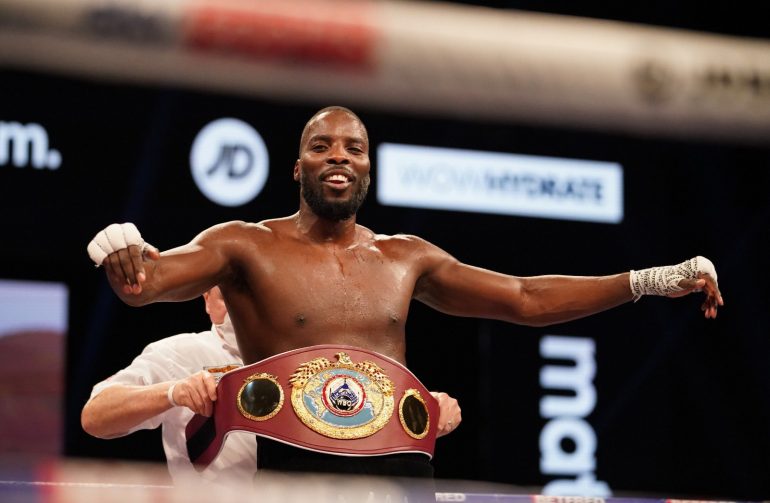 The 29-year-old then made short work of Montenegro’s Dilan Prasovic in the first defence of his World Title on the blockbuster Anthony Joshua vs. Oleksandr Usyk card at Tottenham Hotspur Stadium in September, taking out his mandatory challenger in just three rounds.

Poland’s Cieslak (21-1, 15 KOs) suffered the one and only loss of his professional career when he took WBC Cruiserweight World Champion Ilunga Junior Makabu the distance in the Democratic Republic Of The Congo in January 2020.

“Thank you to Cieslak for accepting the fight,” said Okolie. “I’m sure he is coming to get revenge for Glowacki! He is a good, strong campaigner who should be one of my toughest tests to date.”

On the undercard, France’s Karim Guerfi (30-5, 9 KOs) makes the first defence of his EBU European Featherweight Title against ‘The Thrill’ Jordan Gill (26-1-1, 7 KOs), with more exciting additions to be confirmed this week.

Tickets for Okolie vs. Cieslak are priced £40, £60, £100, £150 and £250 (VIP). Presale tickets are available to purchase for O2 Priority Members NOW via The O2 (www.theo2.co.uk) Matchroom Fight Pass members will be able to purchase tickets from midday on Tuesday January 25. Priority ticket info has been emailed directly to eligible members. General Sale tickets can be purchased via StubHub (www.stubhub.co.uk) from midday on Wednesday January 26.