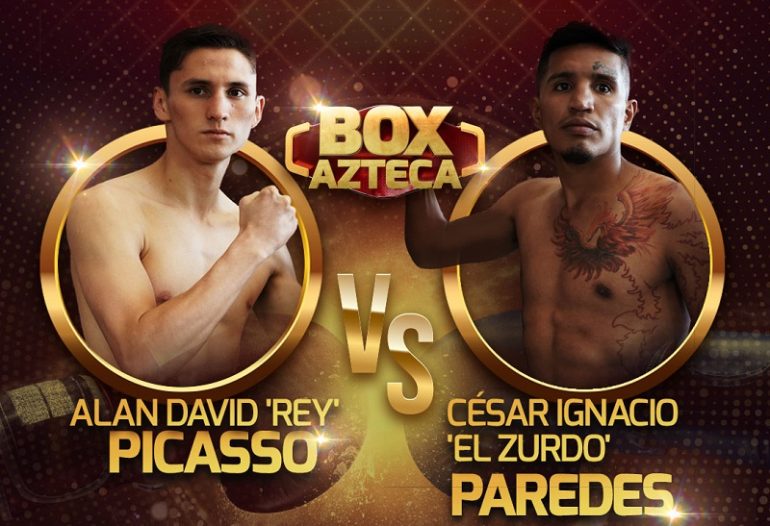 The 21-year-old broke Paredes down as the fight progressed but Paredes put Picasso under difficult circumstances early on. Picasso was the more-technical fighter but the southpaw Paredes maintained a high guard and attacked Picasso’s body.

Undaunted, Picasso was patient and stuck to his game plan, utilizing decent head and lateral movement and accurate punching to clearly win rounds. As each round passed, Picasso’s punches began taking their toll as Paredes’ punch output dropped significantly.

Picasso hurt Paredes twice in Round 6. Midway through the round, a right uppercut to the head shook Paredes and, moments later, a combination to the head and body forced Paredes to back away, breathing heavily from his mouth. After the round ended, Paredes winced in pain as he walked back to his corner. After speaking to his corner, Paredes decided to remain on his stool and not come out for Round 7.

Picasso, who has regularly competed as a junior featherweight, most recently fought on November 18 in his hometown of Mexico City, knocking out Luis Millan in Round 2. The fight took place almost two months after Picasso defeated Alfredo Mejia Vargas by decision over 10 one-sided rounds.

In the co-feature, lightweight Omar Salcido, of Hermosillo, Mexico improved to 16-0, 11 KOs, by stopping Josue Estrada in Round 4.

After both went on the attack and fought on even terms during the first two rounds, Salcido dropped Estrada in Round 3 with a combination to the head. Estrada was able to make it out of the round but another hard combination upstairs hurt Estrada in Round 4, prompting an immediate stoppage of the fight.