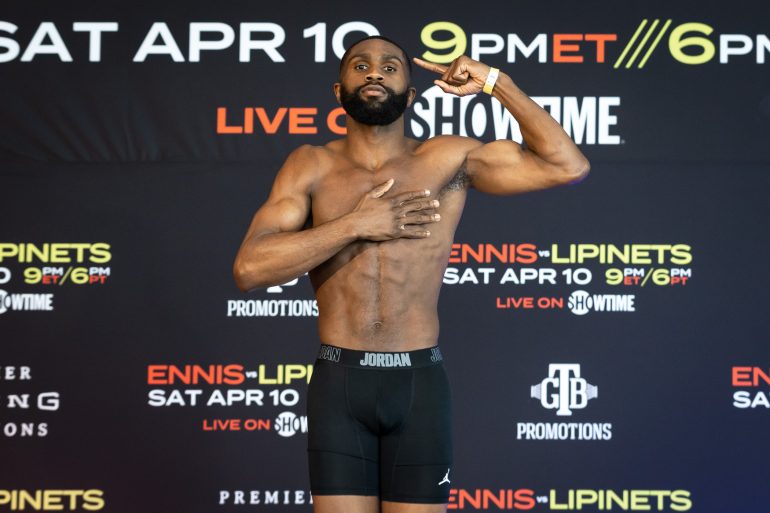 News has reached The Ring that rising star Jaron “Boots” Ennis has accepted an IBF welterweight final eliminator against an as yet unnamed contender and will likely fight somewhere around April or May.

Current IBF and WBC titleholder Errol Spence Jr. is tabbed to further unify when he faces WBA titlist Yordenis Ugas in the spring. However, it’s believed that if Spence wins, he may move on to the junior middleweight division.

Either way, Ennis, who is promoted by D&D Boxing’s Cameron Dunkin – famed for guiding the careers of Kelly Pavlik, Terence Crawford and Nonito Donaire – is in line to fight for a world title in the summer providing he comes through his next assignment.

Ennis, who was The Ring Prospect of the Year in 2020, enjoyed a strong 2021, impressively knocking out former IBF 140-pound kingpin Sergey Lipinets (KO 6) and long-time contender Thomas Dulorme (KO 1).

The 24-year-old Philadelphia-born fighter is now primed for the biggest year of his career to date.