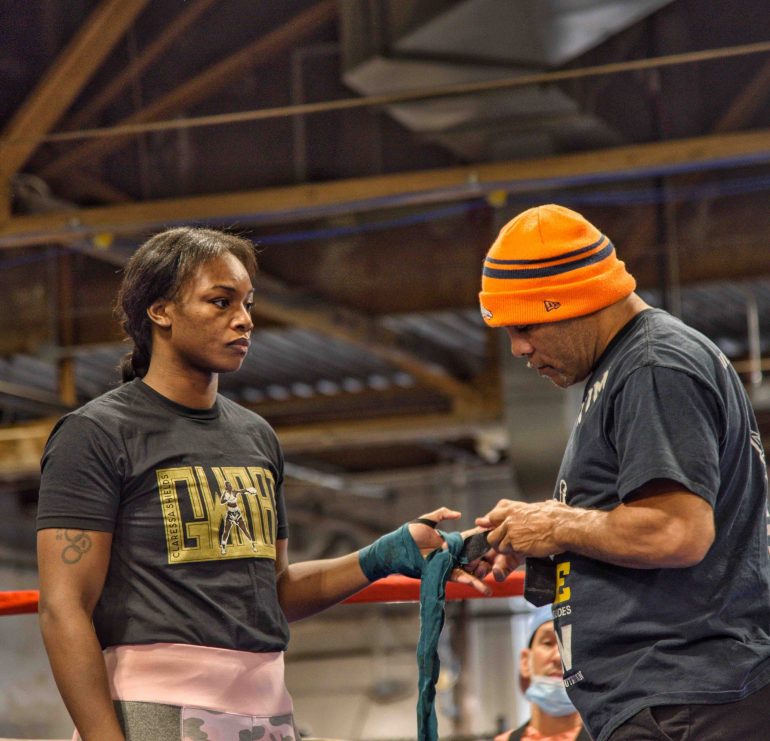 Claressa Shields, boxing’s only two-division undisputed world champion, held a media workout in Detroit on Tuesday as she nears her IBF/WBA/WBC middleweight world championship defense against Ema Kozin taking place Saturday, February 5 live on pay-per-view in the U.S. and Canada.

Shields (11-0, 2 knockouts), the current Ring middleweight and junior middleweight champion and rated No. 2 in the magazine’s pound-for-pound list, will be making her U.K. debut as a professional in what will be the co-main event below the clash between middleweights Chris Eubank Jr. and Liam Williams at the Motorpoint Arena Cardiff in Wales.

“The boxing world has forgotten who the best female fighter is since I’ve been doing MMA. The other girls like Amanda Serrano and Katie Taylor have been showcasing some great skills, but I’m planning to showcase even better skills in my fight February 5,” said Shields, who has claimed for herself the title of “G.W.O.A.T.” or “Greatest woman of all time.” 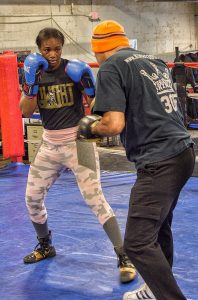 “I’m looking forward to coming back and showcasing my skills. In my last fight, I was coming off over a year layoff and I didn’t perform how I wanted to. When I watch back the film, I wasn’t sharp. I didn’t have the speed and the timing that I normally have.”

Guided by Salita Promotions, Shields signed a lucrative multi-fight deal with promoter Boxxer and broadcaster SKY Sports in the U.K. that has put her on the path toward a super fight showdown with WBO Middleweight Champion Savannah Marshall in 2022.

“I hope Savannah Marshall shows up at the fight. She can jump up in the ring after I win and talk some stuff. But talking doesn’t win fights, training does. She’s going to see a great performance and I’m going to prove that I haven’t been running from her. We’ve been chasing her,” said Shields, who also said that “when you fight in a different country, you have to do your research on a lot of things and start doing things differently. We’re going to train in Las Vegas for a week so that I can get used to the altitude in Cardiff.”

Shields doesn’t take her A-side status for granted, and promises to deliver a performance worthy of a hungry challenger instead of taking the easy way and boxing her way to a decision.

“I feel like I have to dominate in every fight. Not only am I in her territory, but I have the mentality that everyone wants me to lose. That’s why I go out and smash these girls and make them hold on for dear life. This is my first time fighting in another country professionally, but I’ve fought in at least 10 different countries already. I won gold medals in London and in Rio. I’ve been everywhere.”

Although largely untested at the highest level, Slovenia’s Kozin (21-0, 11 KOs), currently rated No. 3 by The Ring at middleweight, is an unbeaten mandatory challenger who owns wins over former titlists Chris Namus and Maria Lindberg, aside from having held a number of second-rate belts herself. 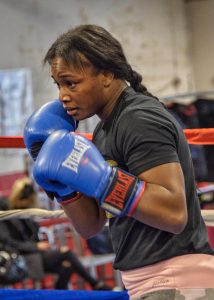 “She’s got a lot of pro experience. I like it. I’ve already dethroned fighters with a lot of experience anyway. I give her credit for working her way up from the bottom to become my mandatory. I’m going to show her that she hasn’t fought anyone like me.”

“This fight on February 5 is leading toward the biggest women’s boxing match of all time between Claressa and Savannah Marshall,” said former boxer and current Shields promoter Dmitriy Salita, in reference to the fact that Marshall, currently rated No. 1 at middleweight and No. 10 at pound-for-pound by The Ring, owns the only win in Shields’ entire boxing career, amateur or pro. “Claressa is going to be up against a very tough, skilled and undefeated number one contender in Ema Kozin. She’s young and hungry and she’s going to bring he very best to the table. It’s a very stern test for Claressa before she gets in there with Marshall.”

A press release by Salita Promotions was used in this article.