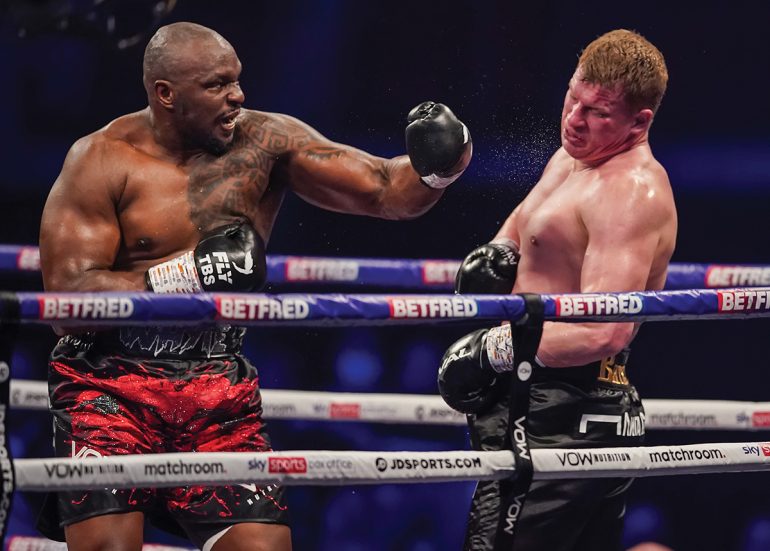 The ongoing battle of musical chairs has ended with another victory for Dillian Whyte.

The purse bid for the ordered clash between Tyson Fury, The Ring Magazine/WBC heavyweight champion, and Whyte, has been postponed for a second time.

The initial purse bid was set for January 11 before a one-week postponement and now matters have been delayed until at least this Friday.

BoxingScene was the first to report the news.

The most recent hurdle centers on an official appeal from Whyte regarding the assigned purse split. A ruling by the WBC last month called for the undefeated Fury (31-0-1, 22 knockouts) to receive 80 percent of the pot, with Whyte, an interim titlist, earning the remainder. However, as previously reported, the perennial title challenger is not pleased with the number.

An 80/20 split is typically the norm for an interim titlist, a distinction unrecognized by The Ring. However Whyte, The Ring’s No. 4 heavyweight contender, seeks as much as 45 percent of the money, which, according to Top Rank CEO Bob Arum, has forced their side to look at other options.

Fury hopes to fight again as early as March 26 but that is looking more unlikely with each passing week. Matchroom Boxing’s Eddie Hearn, who promotes Whyte, believes that if a deal is struck, the fight could land on a date in April or May.

“People keep talking about March dates – that’s starting to look unrealistic for a fight of this magnitude,” Hearn told BBC 5 Live Boxing. “Either March, April, early May potentially. This is the window for the fight. Depends what happens this week. There are so many conversations going on behind the scenes right now. Something could turn at any moment.

“You’re talking about a lot of money – a difference of 25% [in the split dispute]. The normal split for any mandatory challenger is a lot more than 80/20. The normal split for an interim champion is up to 45%. We feel, in terms of the commercial value of Dillian Whyte and the time he’s had to wait, 80/20 is quite ridiculous, really. [It] looks like Dillian Whyte will definitely get his shot at the WBC title but we have to fight for his rights and make sure it’s fair. It’s not going to stand in the way of the fight.”

Fury, 33, is coming off an 11th-round knockout of former titlist Deontay Wilder (42-2-1, 41 KOs) in the third go-round of their unforgettable trilogy. The victory was his sixth following a backdated two-year suspension for a positive steroid test, along with a much-public struggle with alcohol and drug abuse that kept him out of the ring for 31 months following his breakthrough victory over then-unified world champion Wladimir Klitschko.

The 34-year-old Whyte (28-2, 19 KOs) has twice held the WBC interim title. Last March, he regained the belt with a fourth-round TKO over Alexander Povetkin in a highly-anticipated rematch of their August 2020 bout that saw Povetkin rise from the deck twice to KO Whyte in the fifth frame.