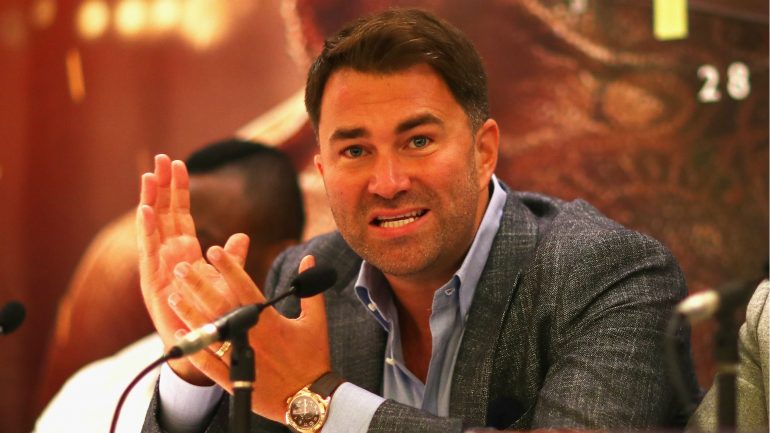 The one matchup that will to lead women’s boxing to new territories appears to have a roadmap already.

During an interview in the DAZN Boxing Show, Matchroom’s Eddie Hearn claimed that the long-awaited mega-bout pitting undisputed lightweight queen Katie Taylor and multiple-weight titlist Amanda Serrano is being finalized for late April, with the main room of New York’s Madison Square Garden being discussed as the venue.

“The contracts are getting finalized at the moment. We’re on the brink now,” said Hearn, calling it “the biggest fight in the history of female boxing.”

Most roadblocks appear to have disappeared, according to Hearn, who credited social media star-turned-promoter Jake Paul for his work on behalf of Serrano during the months-long negotiations.

“Jake Paul has done a brilliant job for (Amanda),” said Hearn, mentioning that the current head of the newly formed Most Valuable Promotions outfit worked hard to get Serrano the kind of compensation that the current unified featherweight champion deserves. “The price that was offered three years ago, that’s not the price anymore (…) and Jake Paul’s a massive reason for that.”

Taylor (20-0, 6 knockouts), named The Ring’s inaugural lightweight champion after defeating Delfine Persoon back in 2018 and currently the magazine’s No. 1 pound-for-pound female fighter in the world, is coming off a successful defense of her belts against Firuza Sharipova in December, 2021. She is a two-time Olympian who became the inaugural gold medalist at lightweight back in 2012 representing her native Ireland.

Serrano (42-1-1, 30 KOs) is a native of Puerto Rico living in New York who has accumulated titles in seven different divisions, including tenures as titlist in the lightweight and junior welterweight divisions. She is currently rated No. 1 by The Ring at featherweight and No. 3 at pound-for-pound.