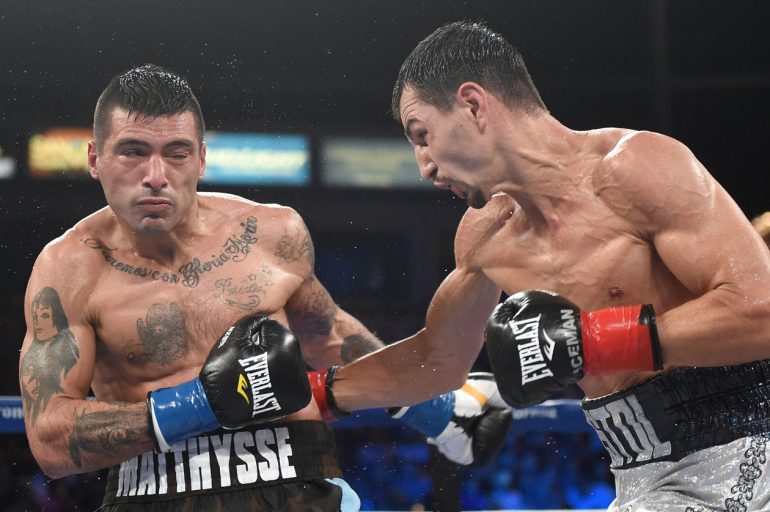 There were no Ring-rated fighters in action last week, so the rankings remained the same with just one exception: the junior welterweight top 10 lost its perennial contender, former WBC titleholder Viktor Postol, due to inactivity. 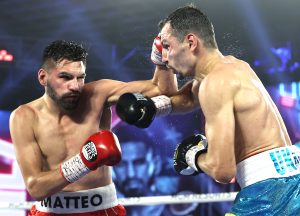 Viktor Postol and Jose Ramirez go at it in 2020. Photo by Mikey Williams/Top Rank

Anson Wainwright noted that the Ukrainian veteran had not fought since “he gave Jose Ramirez hell in August 2020.”

The majority decision loss to Ramirez, who held the WBC and WBO 140-pound belts at the time, was Postol’s third championship showdown in a 15-year pro career.

He won his first title shot, a showdown with hard-hitting Lucas Matthysse for the vacant WBC belt in October 2015. Postol’s impressive 10th-round stoppage earned him instant respect and vaulted him up The Ring’s rankings. He lost the coveted green belt in his very next fight, a unification bout with then-WBO titleholder Terence Crawford in July 2016. Crawford outpointed and outclassed Postol over 12 rounds. It was the only time the 6-foot technician was dominated in a pro bout.

His only other loss is a competitive unanimous decision to current undisputed Ring champ Josh Taylor in June 2018, almost three years before the Scottish southpaw unified all of the major belts. 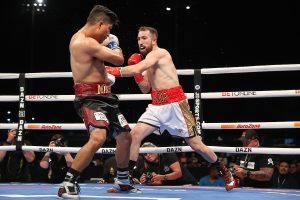 “I know the Mikey Garcia win was at 143 pounds, but Garcia has been the European champion and a career 140 pounder,” said Wainwright.

“I see the logic of Sandor (entering),” added panelist Martin Mulcahey. “I usually advocate for European boxers, but I believe Montana Love is right on his heels (I also think he wins head to head) but that big-name win on his resume over Mickey on foreign soil is the deciding factor. So yeah, I am OK with that entry.”

RING RATINGS UPDATE (as of January 8):

Junior welterweight – Postol exits the rankings. Martin enters at No. 10. 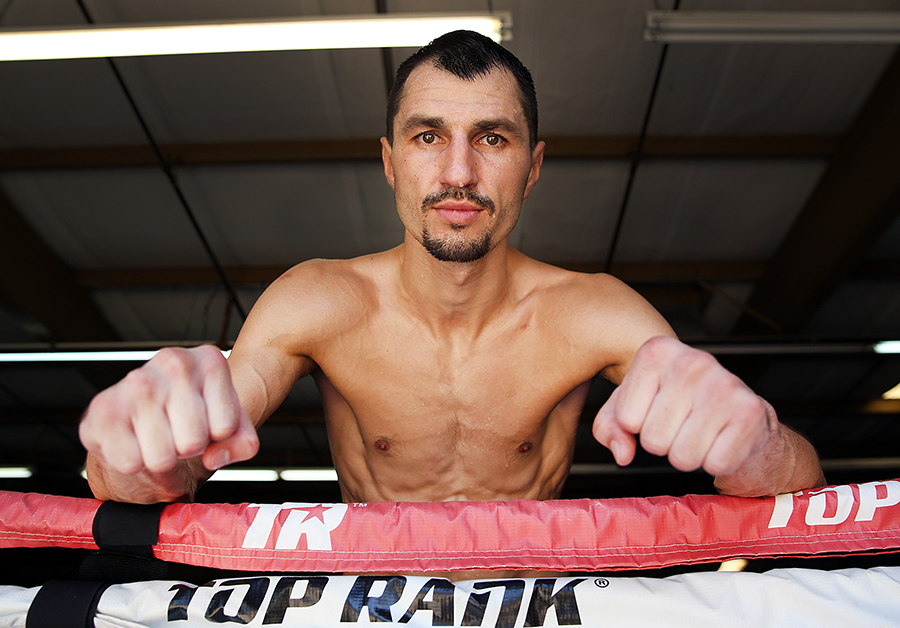 Postol (31-3, 12 KOs) had been in the rankings for 413 weeks, almost eight years. The stick-and-mover positioned himself to crack the rankings in 2012 and early 2013 with decision victories over European-level up-and-comer Yvan Mendy (UD 12, June 2012), still-serviceable former titleholder DeMarcus Corely (UD 12, October 2012) and lightweight fringe contender Hank Lundy (a competitive 12 UD, March 2013).

The former amatuer standout entered The Ring’s junior welterweight rankings (for the period of August 19, 2013) after No. 8-rated Denis Shafikov exited the 140-pound top 10 to campaign at lightweight. Postol, who was unbeaten (23-0, 10 KOs) at the time, entered at No. 10. 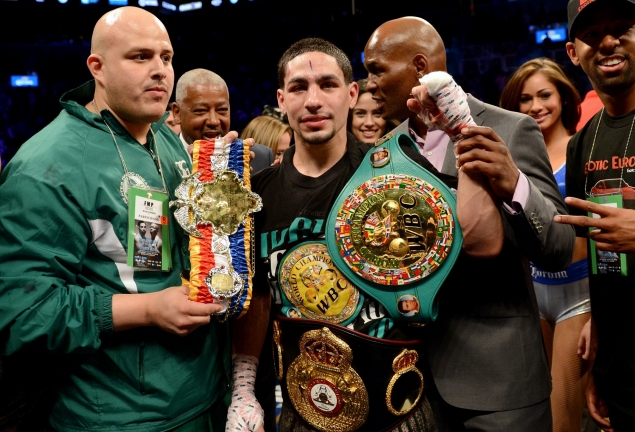 Danny Garcia displays his 140-pound titles after defending them vs. Zab Judah.

Postol entered a stacked top 10 that was ruled by Danny Garcia, who climbed the rankings with decision victories over former titleholders Nate Campbell and Kendall Holt before unifying the WBC and WBA belts by outpointing Erik Morales and stopping Amir Khan in four rounds. The Khan thriller earned Garcia the vacant Ring Magazine title, which he defended against Morales (KO 4) and Zab Judah (UD 12). Garcia was one month away from the most impressive victory of his career, a unanimous decision over No. 1-rated Matthysse in the co-featured bout to the Floyd Mayweather-Canelo Alvarez showdown.

Khan remained No. 2 in the rankings despite setbacks to Garcia and Peterson (who narrowly and outpointed the British star via split nod) due to the controversial nature of the loss to the No. 4-rated American (two sketchy point deductions on Peterson’s home turf of Wasington, D.C.) and victories over No. 5-rated Judah, and former contenders Paulie Malignaggi and Marcos Maidana, who had moved up to welterweight where they were rated Nos. 9 and 10 in Ring’s rankings at the time.

No. 3-rated Mike Alvarado was fresh off the best victory of his career, a rematch unanimous decision over Brandon Rios, who had stopped him (TKO 7) in their thrilling first encounter. Alvarado also owned victories over Breidis Prescott (TKO 10) and Mauricio Herrera (UD 10), who came close to upsetting Garcia in March 2014. 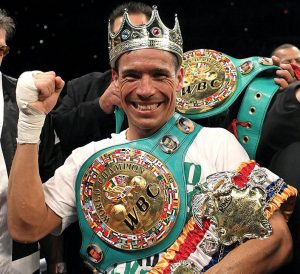 Of that superb group, Klitschko, Ward and Mayweather have already been inducted into the International Boxing Hall of Fame. Alvarez, who is still a Ring champ (at super middleweight, his third divisional Ring title), is a lock for the IBHOF. Martinez, the Garcias and Rigo could be borderline HOFers.