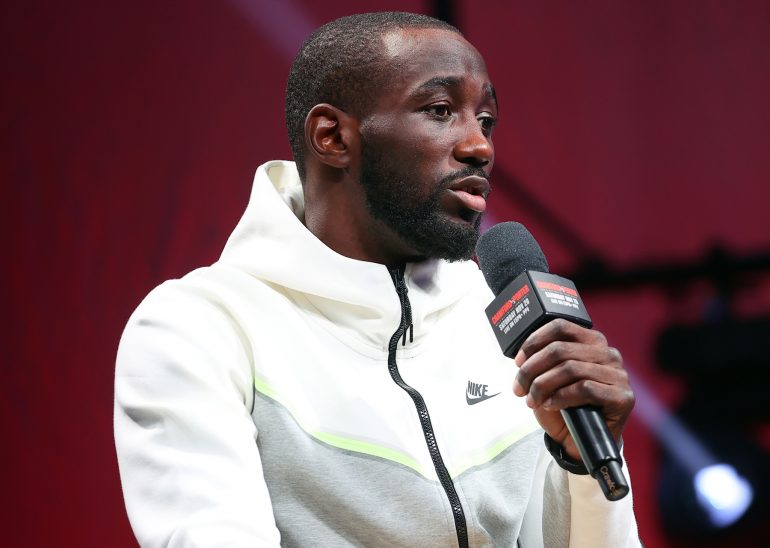 Terence Crawford has long claimed that he is ready to reach new territories in boxing.

And now he has.

Citing “revolting racial bias” and denouncing discriminatory business practices against him, Crawford has gone where no other fighter has gone before, filing a lawsuit against his former promoter Bob Arum and his company Top Rank under the bombshell allegation that the veteran boxing promoter has prevented rather than fostered his market potential on the basis of what Crawford claims is Arum’s failure to “care about, support, or know how to promote Black fighters.”

The New York Post was first to report this story.

According to the Post, Crawford, current WBO welterweight titlist rated No. 1 by The Ring in the division, filed a lawsuit in Nevada against Arum and is demanding damages in the amount of $10 million.

Crawford had signed with Top Rank in 2011, and since then, rival promotional outfit Premier Boxing Champions proceeded to secure the services of most other high-profile welterweights available, leaving Top Rank in the uncomfortable position of having to negotiate high-profile bouts with a hostile competitor.

Fellow titlist Errol Spence Jr., rated No. 2 by The Ring and signed by PBC, has been a target of Crawford’s for years, and Arum’s failure to make a Crawford-Spence fight for the undisputed welterweight championship was mentioned as a reason for Crawford to not renew his contract with Arum, which he did in a press conference back in November 2021 in which he announced he became a free agent in order to pursue a fight against Spence. 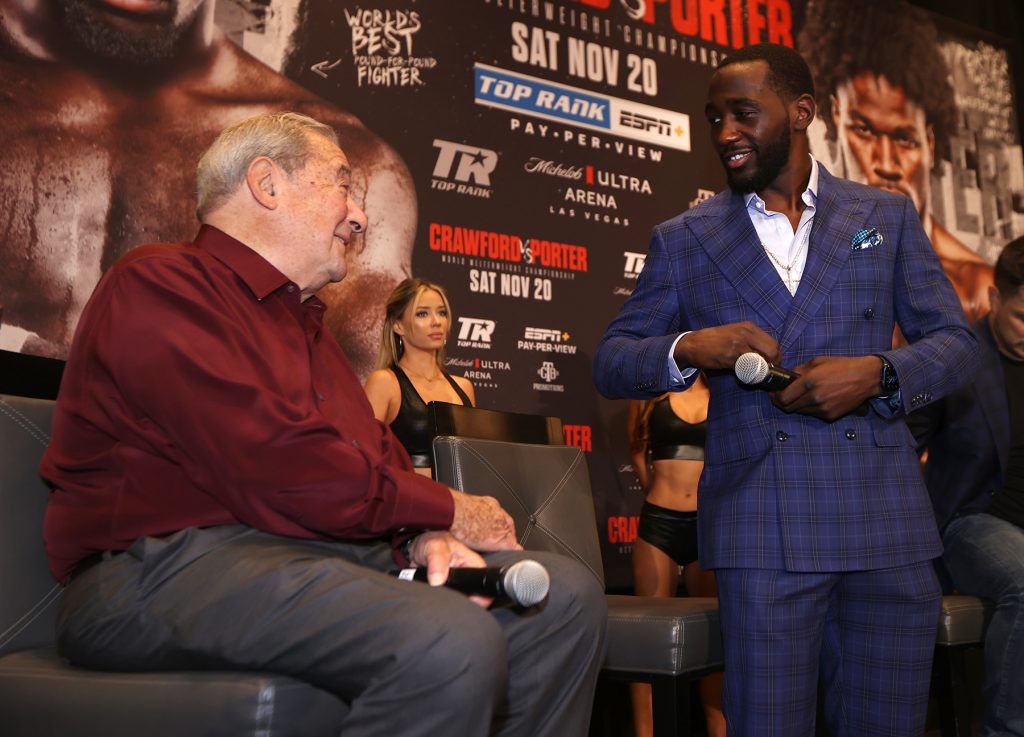 Now, Crawford’s allegations go much further beyond this situation.

As per the Post, the court papers state that “Crawford shines a spotlight on the systemic racism that runs through Top Rank, Top Rank’s complete inability to properly promote Black fighters, and Top Rank, Arum and (stepson and company president) Todd DuBoeuf’s disparate treatment of Black fighters, including Crawford.”

Previously, other Top Rank fighters had made similar allegations, with Floyd Mayweather calling a Top Rank offer a “slave contract” being the most famous one in which racial references were used.

On that occasion, Mayweather rejected an $8 million offer to face Antonio Margarito in 2006, and chose instead to buy his way out of his contract with Top Rank for $750,000. Mayweather retired more than a decade later having posted earnings exceeding one billion dollars.

Crawford alleges that his tenure with Top Rank was filled with the same kind of disdain for his talent that pushed Mayweather to take control of his own career back in the day, alleging that “Arum clearly allows his revolting racial bias to impact the fighters he is obliged to promote.”

The allegations go much further than that, and in an unusually explicit language for a legal document of this nature:

“For years, professional boxers and others in the sports world have called out Top Rank’s owner Bob Arum for his disparate treatment of Black boxers, including those very same Black boxers that Top Rank is contractually obligated to promote.

“Because this is boxing, a sport with a checkered history, and because Arum is now dismissed as just a grumpy old white man, Arum continues to make racist and bigoted statements and purposefully damage the reputations of Black boxers without any consequences.

“This is generally because the affected boxers, who are in long-term contracts with Top Rank, fear that if they speak up, they will be placed on the sideline and not given the opportunity to fight during the life of their deal, which could be 5 to 7 years.”

“It is painfully clear that Top Rank, and especially Arum, judges people based on their race. Arum’s sordid history with athletes of color, especially Black fighters, and his bias favoring white and Latino fighters is well-documented and known throughout the boxing world.”

“He consistently mocks rival boxing promoter Al Haymon — who is a Black man — and his relationship with Black fighters, saying Haymon would steer a Black fighter away from fighting Crawford out of a sense of ‘brotherhood.’”

The papers filed by attorney Bryan Freedman seem to revolve around the idea that Arum, a former prosecutor himself and a Harvard-educated attorney, acted intentionally against Crawford, which may be hard to prove. Doing so will eventually require the testimony of more than a few fighters and industry figures, which could turn this lawsuit into a months-long, made-for-Hollywood saga that no one had anticipated.

Arum wasted no time and pulled no punches in his reply.

“Don’t call a man a racist when really this is because of your own failures,” said Arum to The Post. “His marketability didn’t measure up to this ability and that has absolutely nothing to do with what race he is…The outstanding fact is that Terence’s numbers on PPV have always been dreadful because of his failure to market himself.”

THIS ARTICLE WILL BE UPDATED SOON