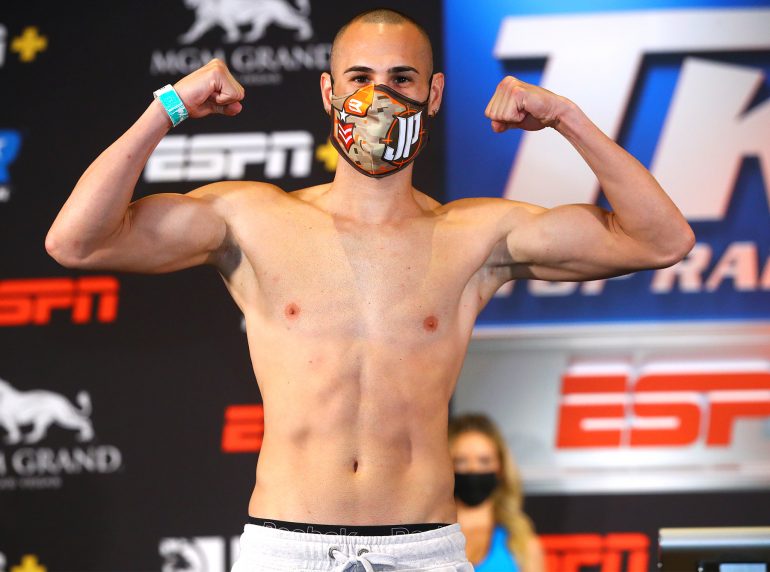 Jose Ramirez will have to wait a bit longer to get back into the win column.

The bout, initially tabbed to headline an ESPN+ main event, has been rescheduled to March 4, at Save Mart Center in Fresno, California.

The 29-year-old Ramirez (26-1, 17 KOs), The Ring’s No. 2-rated 140-pounder, of Avenal, California, suffered the first loss of his career last May in a battle for the undisputed junior welterweight championship against Josh Taylor. The latter scored two knockdowns, one in round six and another in round seven.

Puerto Rico’s Pedraza (29-3, 14 KOs), who previously held titles at 130 and 135 pounds, is ranked No. 10 by The Ring. A move to 135 pounds following a third-round round stoppage loss to Gervonta “Tank” Davis in the third defense of his IBF junior lightweight title in January 2017 was accompanied by a promotional move to Top Rank.

The move turned out to be fruitful as he captured the WBO 135-pound championship from former titleholder Ray Beltran via unanimous decision in August 2018. He lost that belt in his first defense to Vasiliy Lomachenko before jumping up in weight again.

Following what was then considered a surprising loss to Jose Zepeda in 2019, Pedraza is on a three-bout winning streak, and a victory over Ramirez would put him in prime position to win a title in his third weight division.

A win for the Mexican-American would add to an already impressive résumé that includes victories over former champions Viktor Postol, Maurice Hooker, and Zepeda. But better yet, a victory could potentially set up an opportunity for Ramirez to avenge his only defeat against Taylor.