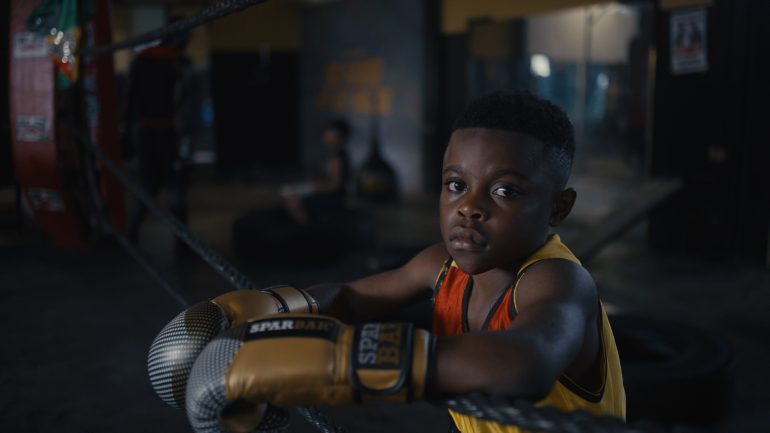 Scilla Owusu was walking slowly through her brother Danny Wonders’ photo exhibition called “This is Ghana” in Accra, Ghana, in January 2020. She was glancing at one photo after the next, when something struck her. The eyes of a young boy seemed to look right through her and pierce her conscious.

The boy happened to be wearing boxing gloves.

Little did Owusu know it would change her life for nearly a year. She is fully Ghanaian, but was born and resides in London. Her dad is from the Asante tribe and her mother is from the Akyem tribe.

Prior to that, she had little interest in sports or boxing, but the picture of the boy stirred something. It caused her to ask her brother where the photo was taken, and from there, it prompted her to become more curious. Her research discovered that a number of world boxing champions came from the small Ghanaian town of Bukom, which produced all-time great Azumah Nelson and titlists Ike Quartey and Joshua Clottey.

It resulted in her first documentary “City Of Bukom,” released this week on YouTube.

Owusu, 24, undertook the 10-month project, from December 2020 to September 2021, on a shoestring budget of $671.52. She did it with the thin staff of four cameramen and one sound person—and she did it with a broken left collarbone, injured during a quadbike accident in December 2020.

She found producing a boxing documentary was actually a great panacea from the pain she was enduring, which grew even greater after all of her priceless footage was accidentally deleted. 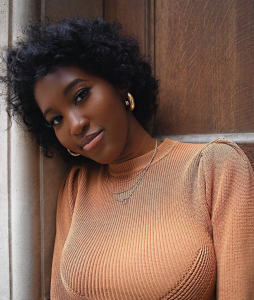 Scilla Owusu took a bold, brave step in producing “City of Bukom,” reaching into the depths of what makes Ghana a country that produces great boxing talent (Photo by Theresa Macharia).

Plus, Owusu wasn’t afraid to delve into the deeper subject of how ignored Ghana’s champions have been and how the sport that’s brought great pride to the African nation is placed in a convenient corner, only to be taken out of storage for occasional political gain.

Perhaps what wretches the senses more than anything is the squalor many of these young men—and many children—come from in an attempt to reach their boxing dreams.

A music video director, Owusu already counts A-lists African stars such as Sarkodie, Stonebwoy, Burna Boy, and Fuse ODG among her clients. She had worked with global brands such as Patoranking, Mr Eazi & Davido.

But during the COVID-19 lockdown, she was searching for something new that would stir her creative juices.

That’s how she found boxing.

“I remember seeing the photo of the young boy at my brother’s photo exhibition, I asked my brother where he was from,” Owusu said. “I thought it was really intriguing of this boy holding up these boxing gloves, though not in a playful way. He was holding them up in a serious way.

“My brother told me the boy was from Jamestown, and that caused me to Google Jamestown boxing, and the keyword ‘Bukom’ kept coming up in my search. That is how I found out about the small suburb of Jamestown. I only saw one boxing match in life, prior to this, and it was an Anthony Joshua versus Wladimir Klitschko in 2017.”

Isaac Dogboe was a big help to Owusu in reaching all-time great Azumah Nelson for “City of Bukom.”

Dogboe was a big influence in the documentary and that led to garnering the Nelson interview. Owusu tried numerous times to reach Nelson through various ancillary people who tried to no avail. In fact, when she finally got Nelson, he had no idea she was trying to reach him via his manager.

“Once I got him, he was great,” she said. “He was like a grandfather. I can see why the nation of Ghana looks at him the way they do. Interviewing him was a great experience and I was truly humbled. He gave me some words of encouragement and I’ll forever hold it to my heart. It inspires me to want to do more for Bukom.

“It is an area that needs help, and its boxers need help. Ghana has to take of its champions and its future. Hopefully, this documentary will shed some light on that.”

If you want a good idea why so many great fighters come from Ghana, check out “City of Bukom:”