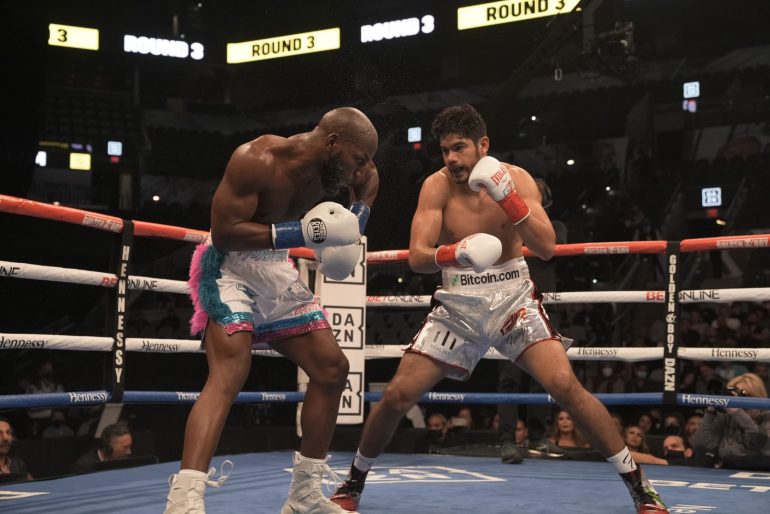 Gilberto Ramirez put himself in position for a title shot in a second weight class, stopping the determined Yunieski Gonzalez in 10 rounds Saturday at the AT&T Center in San Antonio.

Gonzalez, who had finished his three opponents early on since returning from a three year sabbatical in 2020, started quickly against Ramirez, landing heavy right hands that earned respect from Ramirez, who rebounded in the second, picking up the pace and working combinations to keep Gonzalez occupied.

Ramirez, 30, looked on the verge of stopping Gonzalez in Round 4, buckling his legs with a counter left, but Gonzalez, 36, was able to earn back some respect with right hands. Despite running away with the momentum, Ramirez was never out of the woods fully. In Round 7, Gonzalez stunned Ramirez with a headbutt to the jaw that landed with the impact of a knockout punch. He followed that up with a left hook that stunned Ramirez and momentarily backed him off.

Ramirez’s consistency and greater boxing skill paid off in the end, as a right hook counter stunned Gonzalez once again in the tenth, and a follow-up flurry ended the bout at the 1:23 mark.

Ramirez has now won all four of his bouts inside the stoppage since moving up to 175 pounds in 2019.

Seniesa Estrada made the first defense of her WBA strawweight title, knocking out Maria Micheo Santizo in four rounds. Estrada (22-0, 9 KOs) put Santizo down with an overhand left that compelled the referee to stop the fight.

Estrada was in complete control from the opening bell, knocking down Santizo earlier in the bout with a counter left hook that caught Santizo (9-1, 5 KOs). Despite entering the bout previously unbeaten, Santizo of Guatemala City, Guatemala was stepping way up in competition.

“I give my performance a ‘C’ today because I was getting too ahead of myself. I wanted to the knock out too early so I got caught a few times, try to set up that knockout,” admitted Estrada.

“In 2022 I want to unify the division with a fight against IBF world champion Yokasta Valle from Costa Rica.”

Earlier on the card, Marlen Esparza outboxed Anabel Ortiz over ten rounds to retain her WBC flyweight title for the first time. Esparza registered two knockdowns, in the second and fourth, to dominate on two scorecards by the tallies of 100-88 and 99-90, while the third oddly had it close, scoring the bout 95-94 for Esparza, a 2012 Olympic bronze medalist for the U.S.

“My performance was good considering I just came back after contracting Covid-19. I wanted to see what it would feel like to come back and I can say that there is some fatigue,” said Esparza, 32, who called out Naoko Fujioka, the WBA flyweight titleholder, for a unification bout.

“I feel good about this victory. I just beat a man who was a world champion two fights ago. This is the type of victory that I need to show that I am ready for a world title fight,” said Roach.

The show was promoted by Golden Boy Promotions and broadcast in the United States by DAZN.