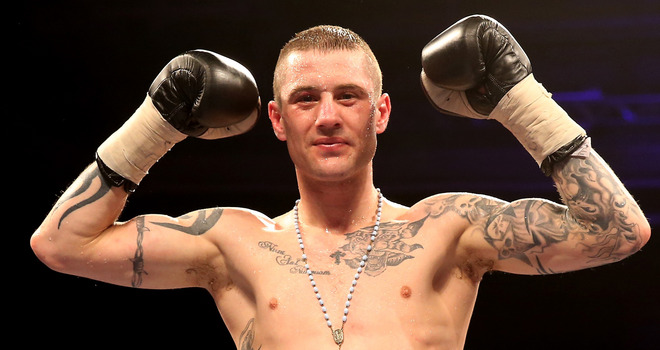 Former three-weight world titleholder Ricky Burns returned from a two-year lay off to win a 10-round unanimous decision over Argentinian Emiliano Dominguez at the Rainton Meadows Arena in Sunderland, England, on Saturday. The official scores were 100-91, 99-91 and 98-92.

The 38-year-old Burns, fighting a pre-arranged catchweight of 139 pounds, struggled with his timing from the off, but he was the sharper fighter and produced the better work. The visitor trudged forward and tried to make it ugly by smothering his opponent up close and the pattern was established.

The Scotsman targeted the body in the third and fourth and released one memorable combination. For the most part, however, clean, effective punching was scarce.

By the midway point, Burns was getting a touch frustrated with what he knew was an inferior opponent.

Dominguez went into a higher gear in terms of pace in Round 5 but that just led to more clinching and rough stuff on the inside.

The ex-champ landed some nice shots in the sixth but was distracted by a serious clash of heads. Dominguez also landed some blows below the belt in the seventh and Burns was struggling to get comfortable in the face of rough house tactics.

As always, the Scot’s jab was his most effective punch, but he struggled to find worthwhile rhythm with the follow up power shots. However, a big right did send the sweat spraying from Dominguez’s head in the eighth.

The Argentinian was deducted a point in the ninth and his problems were compounded when he took a flush right uppercut and a sparkling combination at mid-ring. It had taken nine rounds for Burns to find his timing and the difference in levels was now apparent.